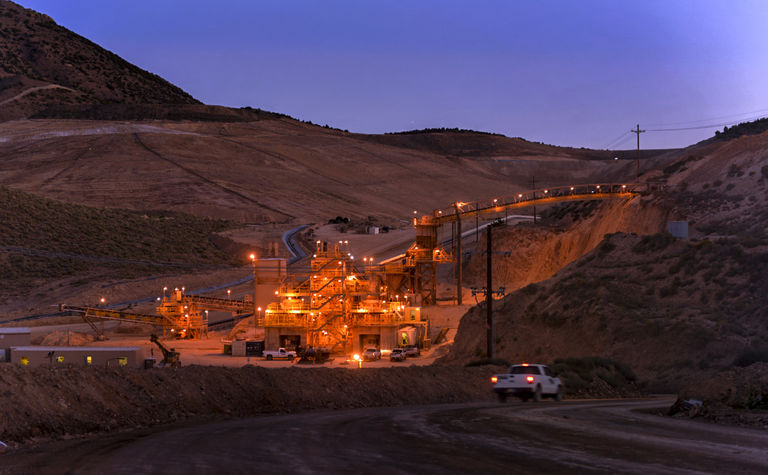 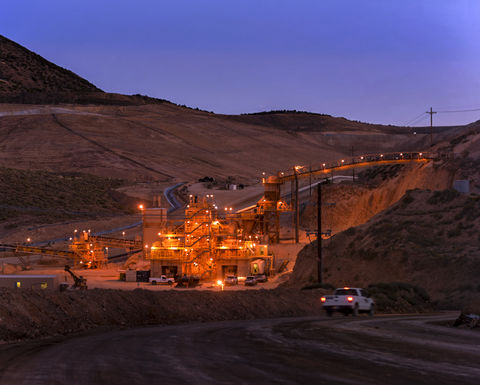 Coeur was experiencing excessive dust and spillage on the conveyor leading from the crusher to the surge pile, which lowered air quality, required 5-10 man-hours per day to clean, and caused unscheduled downtime from premature equipment failure. Martin Engineering installed a transfer point load zone using EVO Conveyor Architecture that contains dust and spillage by centring and controlling cargo, resulting in reduced maintenance, improved workplace safety and a lower cost of operation.

Coeur’s Rochester mine, located in Nevada, US, produced an estimated yield of 5Moz of silver and more than 50,000oz of gold in 2015. The site is spread over 43.7km2, and includes a network of 20 conveyors, originally designed and installed in 1986. Given the system’s age and the amount of usage over nearly 30 years in service, company officials wanted to find ways to update the conveyors to raise efficiency, reduce dust and spillage, and contribute to improved safety.

Conveyor B was chosen as the starting point with the most potential for improvement, a 122cm-wide belt running at 117.65m/min, with a 12.2m chute wall. With a troughing angle of 35°, Conveyor B handles nearly 1,500t.h of rock that has been sized to 10.2cm minus, carrying it from the secondary cone crusher to the surge pile stacker. It’s loaded directly by a vibrating grizzly feeder under the chute and the secondary crusher. 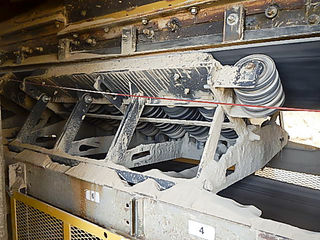 Wayne Maita, crusher operations/fixed plant maintenance superintendent at Rochester, explained: “There’s a long fall going to the secondary crusher, and that creates a huge disturbance in the material flow. We were seeing a lot of dust and spillage in that area. It not only affected the air quality and presented a potential safety risk from accumulated material on floors and structures, but it also meant putting operational personnel in close proximity to the moving conveyor for clean-up.”

Coeur also noticed belt damage occurring as a result of fugitive material. “As material escapes, it accumulates on idlers and other components, often creating friction points that contribute to excessive wear and premature failure,” commented Daniel Marshall, product engineer at Martin Engineering. “That can have immediate costs such as belt replacement and seized bearings. And once an idler freezes, the constant belt movement can wear through the shell with surprising speed.”

A team of eight technicians from Hardrok and two Martin supervisors began work during a scheduled outage. Over a seven-day period, five Martin EVO Combination Cradles were installed to absorb the impact of the falling load, while minimising friction and belt wear. Steel-reinforced impact bars and adjustable wing supports matched standard trough angles of 20°, 35° or 45°. The Combination Cradle replaces the centre bars with an impact idler roll, a design that delivers a flat surface for an effective edge seal, but minimises the friction of having sliding bars all the way across. 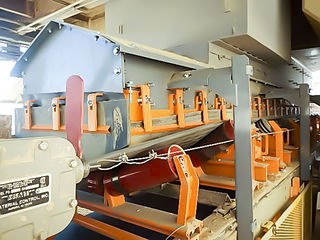 Five EVO Slider Cradles with low-friction bars were also installed to support the belt edges and stabilise the belt line, eliminating belt sag and bounce. Located in the chute box after the impact cradles, the units’ ‘double-life’ slider bars offer a superior seal with low friction and enable each bar to be flipped over at the end of its useful life to provide a second wear surface. The result is a flat and stable belt surface throughout the settling zone, reducing fugitive material and extending belt health. Both cradle designs feature Martin Engineering’s Trac-Mount technology, allowing the units to slide in and out easily for maintenance or replacement.

12.2m of modular chute wall replaced the old structure, with a tail box and integrated dust curtains. A chromium carbide overlay on the inside of the chute protects the new containment system from intermittent high-burden depths on the conveyor. The chute is raised 10.2cm above the belt and fitted with an external wear liner. Using this approach, the material still hits the liner and doesn’t damage the chute. The result is significantly reduced installation and service time, with reduced risk during service.

At the bottom of the wear liner installers mounted 25.6m of Martin ApronSeal Double Skirting, which delivers two wear surfaces on a single elastomer sealing strip. When the bottom side of the strip against the belt is worn, the sealing strip is inverted, providing a second service life.

To maintain a straight and consistent belt path, technicians then installed a Martin Heavy-Duty Tracker Belt Tracking System, both upper and lower units. Utilising multiple-pivot, torque-multiplying technology, the tracker detects slight misalignments and uses the force of the belt to automatically position a steering idler in the opposite direction of the misalignment. 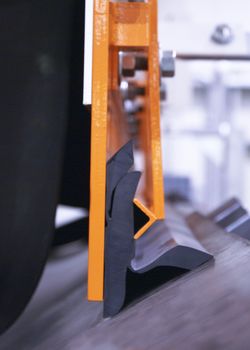 To address belt carryback and further reduce the chance of fugitive material, a dual belt cleaner system was mounted on the face of the head pulley. The Martin QC1 Cleaner XHD primary cleaner is engineered to deliver durable belt scraper performance in challenging applications, high belt speeds and multiple splices. Directly after the primary cleaner is a Martin DT2 Inline Cleaner XHD, a secondary conveyor belt scraper featuring rugged blades installed on a track that slides into position on a rigid steel mandrel, which allows quick blade replacement.

A final belt protection mechanism was installed at the tail pulley to fight the damaging effects of fugitive material on the return side of the belt. The Martin Torsion V-Plow features a spring-loaded suspension system that allows the plough to rise and fall with fluctuations in belt tension and travel, sweeping away any fugitive material before it can reach the pulley.

To complete the containment system, technicians also installed an integrated air cleaner, which contains a suction blower, filtering elements and a filter cleaning system. Instead of a centrally located unit connected to dust generation points via ductwork, the Martin Air Cleaner is incorporated into the dust generation point itself. The particles are not extracted, but are instead collected within the enclosure and periodically discharged back into the material stream.

The results were immediately apparent. Maita said: “We’ve gone from an everyday battle with this conveyor to almost no clean-up at all. Now we have a guy go down there with a broom every few days. That’s it.”

Coeur Rochester is currently evaluating five additional conveyor areas for its next upgrade, with a plan currently under development to address those locations. “We’re extremely happy with the system,” Maita concluded. “The installation was well done, and the guys were very professional and safety-conscious. It’s changed a nightmare into an extremely functional system that operates at a high level.”

No tailings spill at Southern Copper op in Peru: report 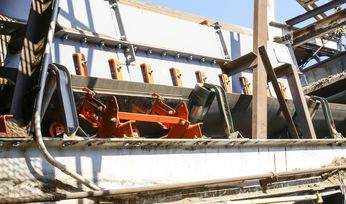 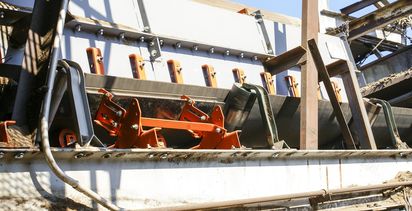 Bringing brownfields bang up to date

Outotec advises on optimised water use

No tailings spill at Southern Copper op in Peru: report