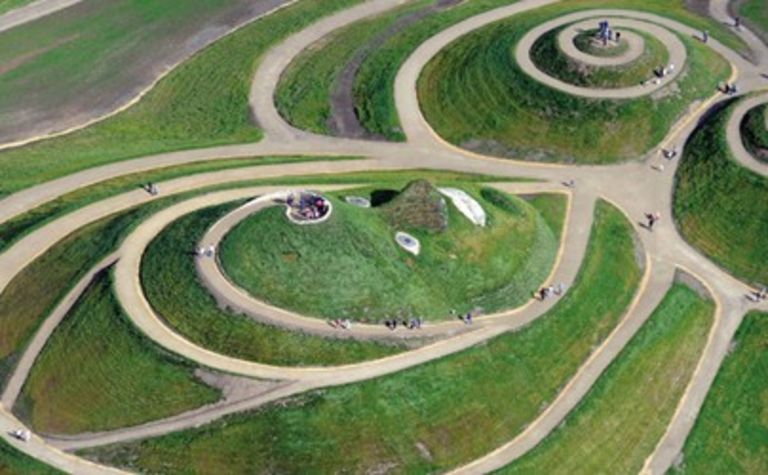 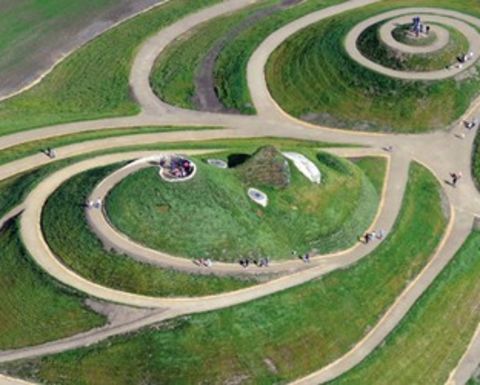 An aerial view of the Northumberlandia landform; one of Banks' most renowned mine restoration projects

The firm has now lodged its restoration proposal with East Ayrshire Council, outlining its ambitions for the Spireslack site which has remained unrestored since it was abandoned, when former operator Scottish Coal, went into administration in early 2013.

If approved, work at Spireslack would start upon completion of the restoration of the adjacent Ponesk surface mine, a major transformation project which is also being undertaken by Banks Mining. That project, which is running ahead of schedule, could yet be completed by mid 2017.

The restoration phase has been designed to maximise opportunities for the future use of the site, and will see the creation of a new landscape which is in keeping with the local area by reshaping Spireslack’s steep sided mounds, sharp gradients and wide terraces.

The Scottish Mines Restoration Trust (SMRT), an independent non-profit making organisation, was established to help facilitate the process of communities and other stakeholders in restoring abandoned open-cast coal sites across Scotland to bring together viable restoration plans for them.

Professor Russel Griggs, chairman of SMRT, said: “This development is a significant step forward in the restoration of the Spireslack site. Since the site was left abandoned following the collapse of Scottish Coal, we have been at the core of the restoration planning process, working with all stakeholders involved to find solutions to the challenges this site presents to the surrounding community.”

Banks Mining has successfully restored every single one of the 110 mines it has worked on across the last four decades. The company was responsible for the development of the Northumberlandia landform in the UK, which was fashioned using 1.5Mt of stone, clay and soil extracted from its adjacent Shotton surface mine in South East Northumberland as part of its 'restoration first' approach to working the still-operational site.

Jim Donnelly, operations director at Banks Mining, is delighted with the progress at Ponesk and hopeful that the firm will be given the opportunity to finally restore Spireslack.

He said: “Unfortunately, a lack of funding precludes a complete restoration but, similar to Ponesk, we have designed a scheme to provide maximum improvements from the limited resource available. “It would also allow us to offer continued employment, as we would look to deploy the team of around 15 highly skilled and experienced restoration experts that have worked hard to transform conditions at Ponesk – while drawing plaudits for their methods of working.”

In September 2018, Banks Mining completed the restoration of Ponesk and Spireslack