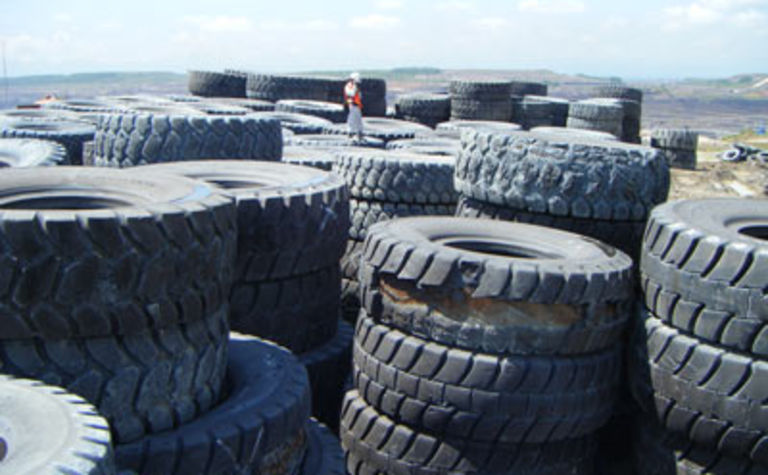 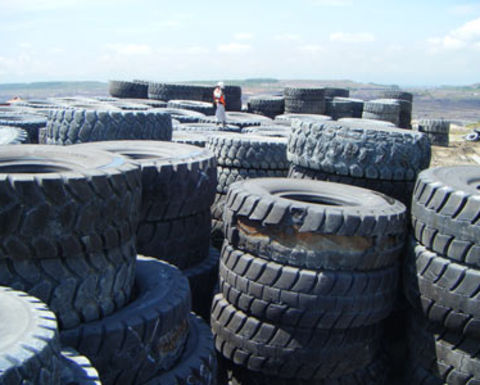 Tytec Recycling will undertake economic green recycling of large tyres, referred to as OTR or off-the-road tyres, which are classified as those with rim sizes ranging from 25in to 63in (635-1,600mm). And work on the recycling processing plant is expected to begin by February 2018.

GDT has developed technology that will recycle end-of-life tyres into oil, carbon and steel using its ‘destructive distillation’ process. Transport of tyres from mine sites to the recycling plant will be undertaken by Tytec Logistics, which has over 75% of the national OTR logistics market, as well as providing storage for the extra-large tyres.

Currently there is no means of recycling OTR tyres and the usual method of disposal in Australia is to bury them in a dumping area on mine sites, or in an EPA-nominated dumping area. The GPS coordinates of the dump together with the serial number of each tyre disposed of in this way must be provided to the EPA.

The recycling benefits by this method are considerable as by using the GDT technology a tyre that weighs 3.5t will yield 1,500L of oil, 1.5t of carbon, as well as the steel reinforcing, which can go back to the tyre manufacturer for reuse.

The Hyder Report in 2013-14 estimated that there are 155,000t of OTR end-of-life tyres of various sizes generated in Australia each year of which 79.4% are left on-site as currently there is no economic and green method of recycling them.

The recycling of OTR tyres in Australia is the “tip of iceberg” according to GDT’s chief operating officer Trevor Bayley, who attended MINExpo, the world’s biggest mining expo in Las Vegas last year.

“The Australian recycling potential for OTR tyres is a fraction of the world market as during MINExpo we received enquiries from mining companies in Mexico, Columbia, Brazil, Canada, the United States and Chile, and the market in these countries, which all have large mining industries, is immense as they also have no current economic green means of recycling their used OTR tyres,” he said.

“As an example of the scale of mining companies in these countries and to demonstrate the potential market for the technology, one individual South American mine operator we met has more dump trucks than all those operating in Western Australia today.

“The move to build the world’s first processing plant for OTR tyres comes after more than 12 months of logistical research and development work undertaken at the designated Tytec Recycling R&D plant, which is a section of the GDT facility in Warren, New South Wales. This work has been to find a solution to the problem of how to handle a 4t tyre with a diameter of 4m or more through a complex process at sufficient volume to make it economically viable.”

Tytec Recycling chairman Brett Fennell said that the OTR tyre recycling solution adds the final piece to the puzzle and will enable the mining and industrial sectors to be able to complete a cradle-to-grave solution for OTR tyres by utilising a green economic disposal method.

“For fifteen years we have been offering a complete OTR tyre service to the mining industry, including logistics, storage, re-treading and repairs, and now we have the technology and method to offer an economically viable recycling solution as part of our total range of services,” Fennell stated.

“The environmental benefit of recycling very large and hard-to-handle tyres that have finished their useful life into high-grade reusable commodities such as oil, carbon and steel, rather than just burying the problem for future generations to try and solve is enormous.

“As well as the Australian market for recycling OTR tyres, we believe that we can play a key role in helping to introduce this unique locally developed technology to the world.”