Scientists from Flinders University in Adelaide, South Australia, have devised a way to use waste cooking oil and sulphur to extract the neurotoxin mercury from the environment, in what they call ‘a win-win for a cleaner planet’ 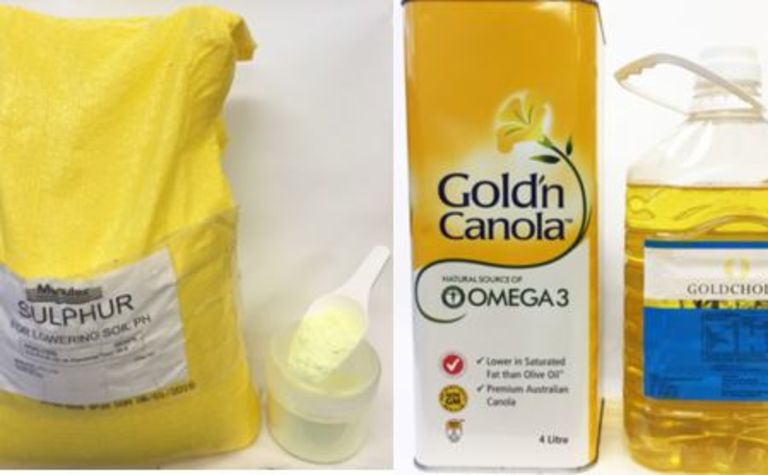 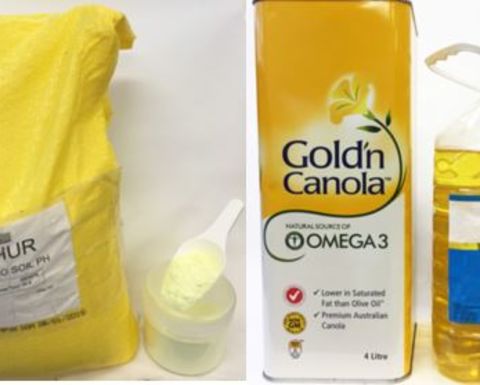 Sulphur and cooking oil could make a magic mercury polymer

PRESS RELEASE: For the first time, researchers have demonstrated that the dynamic new canola oil polymer can trap the most dangerous and common types of mercury pollution – mercury metal, mercury vapour and highly toxic organo-mercury compounds which harm both aquatic and terrestrial systems.

Dr Justin Chalker, senior lecturer in synthetic chemistry at Flinders University, said: “Our previous research studied a single type of inorganic mercury, so this is a significant advance. With the Minamata Convention on Mercury coming into force around the world this year, this discovery is an important advance in protecting the environment and human health.

“We can use this material to protect the environment by capturing toxic mercury pollution – a pernicious problem around the world, causing brain damage and loss of IQ points in unborn children. At the same time, every atom of the mercury-binding material can be derived from industrial byproducts, so this is also an exciting advance in recycling and re-purposing waste.”

In the latest advancement of pioneering new technology at Flinders University, Dr Chalker and fellow researchers from around the world have combined second-hand cooking oil and sulphur – a common, low-cost byproduct from petroleum production – to produce a new kind of polymer to use in remediation of soil, water and even the air.

After absorbing mercury pollution, the novel rubber-like polymer changes colour to indicate the job is done. More of the affordable polymer mixture can then be placed in the area to continue to process.

Dr Chalker said that the material is being tested in field trials at mining sites and areas where mercury-based fungicides are used. He added that the latest development will enhance future sustainability and environmental protection, with few remediation methods readily and affordably available.

“Mercury is encountered in several industrial activities including oil and gas refining and coal combustion,” he explained. “Alarmingly, mercury and mercury-containing materials are still used intentionally at many chloralkali plants and in artisanal gold mining. Additionally, mercury-based fungicides are still used in certain agricultural sectors.”

Dr Chalker noted that the largest source of mercury emissions globally is due to artisanal gold mining. He said: “In this practice, mercury metal is used to extract gold from ore.  The mercury-gold amalgam that forms is then heated, often with a hand torch or on a cooking stove, to vaporise the mercury and isolate the gold. The mercury rich tailings and exposure to mercury vapour threaten the health of the nearly 15 million people involved in this process.

“Because our mercury-capturing material is made from waste, our goal is to provide a cost-effective and technically simple material for cleaning up mercury pollution at these gold mines.”

The latest paper was published in Chemistry – A European Journal.

This research was funded by The Australian Government National Environmental Science Programme Emerging Priorities Funding and The Australian Research Council.

The mercury-binding polymer is licensed for sale to Kerafast, a US-based reagent company whose primary aim is to make unique laboratory-made research tools easily accessible to the global scientific community.

The Flinders University team is raising funds to develop a pilot reactor and production plant for the new polymers in South Australia.

Dr Chalker led the research with Flinders University students Max Worthington, Renata Kucera and several researchers from the Flinders Centre for NanoScale Science and Technology also co-authors on the paper. Key contributions were made by senior collaborators at the University of Cambridge and the Institute for Molecular Medicine in Lisbon in Europe, the Oak Ridge National Laboratory in the US, and Royal Melbourne Institute of Technology and the University of Melbourne in Australia.

Why Even Larger Pumps Are on the Horizon

New approach to mine waste clean up