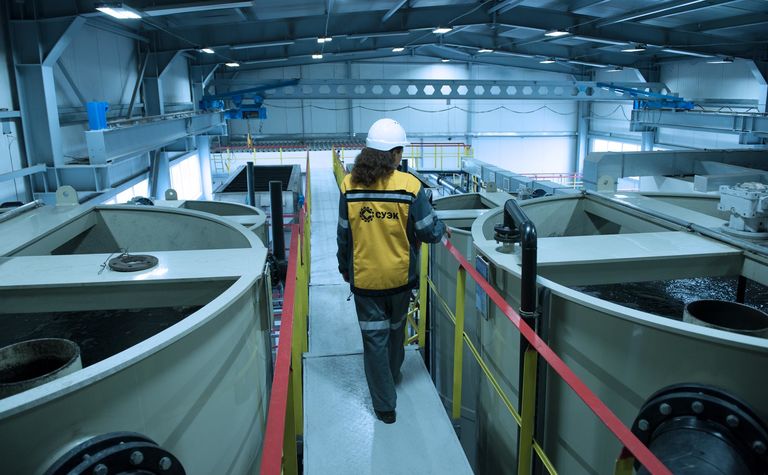 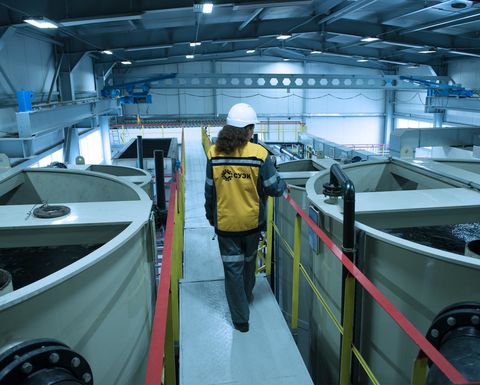 PRESS RELEASE: The Kirova mine is a high quality hard coal mine in the Kuznetsk basin in Russia's Kemerovo region.

Similar facilities are already in use to treat the water at the Rubana mine in Leninsk-Kuznetsky and at the Yalevskogo and Taldinskaya-Zapadnaya 1 mines in the Prokopyevsky district. The installed equipment from German company EnviroChemie allows the use of more than half of the treated water for the process needs of the units. The rest of the water discharged into natural reservoirs meets all sanitary standards.

New treatment facilities at the Kirova mine will consist of two blocks with eight containers each offering a total capacity of 800m3/h. The cost of the investment project is more than 850 million roubles (US$14 million). The facilities are scheduled for commissioning in the second half of 2019.

In order to introduce the construction project to local citizens, the Leninsk-Kuznetsky City Hall hosted a meeting between the Kirova mine representatives and the leaders of the public and trade union organisation, Neighbourhood Wardens. The mine's director, Alexander Ponizov, spoke in detail about the project and the overall prospects for the company's development. During the meeting, the issues of resettling the residents from the areas affected by the old mine facilities and sanitary protection zones were also touched upon. In the end, it was decided to support the construction of the modular treatment facilities at the Kirova mine.

SUEK-Kuzbass recently arranged awareness visits to coal mining facilities for a number of rural dwellers. Thus, people residing in the Prokopyevsky district visited the treatment facilities of the Yalevskogo mine, and residents of Krasnoyarka village of the Leninsk-Kuznetsky district explored the treatment facilities of the Rubana mine. The villagers noted that such environmental tours help them to better understand the use of modern technologies in coal mining and how to solve the existing problems by joint efforts.

Barrick spend more than US$65 million to increase the water treatment plant's capacity.