“This is about creating opportunities for northerners,” one speaker said 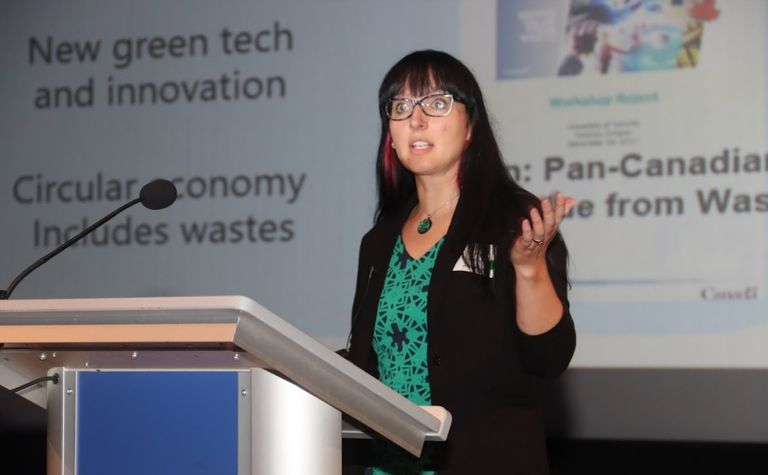 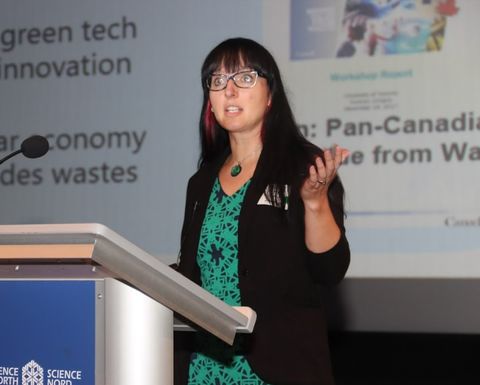 Dr Nadia Mykytczuk is developing a centre for Mine Waste BioTechnology.

"We have new mining projects that will position us to contribute, and we'll be applying some of our processing facilities in the region to better participate and process production," panel chair Marc Boissonneault, board member at Frontier Lithium, said.

Frontier Lithium, which is developing its lithium-spodumene project in northern Ontario, believes there are enough resources to create a 50-year project.

At Glencore, which also operates in the Sudbury region, the company is marking 30 years of processing secondary feeds from end-of-life materials, production scrap, and waste streams from all over the world to produce critical minerals, Sari Muinonen at Glencore Sudbury Integrated Nickel Operations said.

"Recycling is the ability to close the gap between the global need [for these critical minerals] and what we have available," Muinonen said.

Glencore has resolved to work with industry and governments to improve its recycling processes by working with governments and industry. It also helped design and launch a circular electronics partnership, and is exploring new technologies.

Developing critical minerals will be the main focus of the Eagle Nest project currently being developed by Noront Resources. Wyloo Metals will finalise the acquisition of Noront in coming months.

Plans are also in progress to develop a Centre for Mine Waste Biotechnology, a C$17 million investment which is in the feasibility stage, acting chief executive of MIRARCO Dr. Nadia Mykytczuk said.

"We plan to provide a scalable proof concept, and commercialise bioleach and bioremediation technologies for improved mine waste management," Dr. Mykytczuk said.

Processes such as bioleaching and biomining, which involves the controlled use of bacteria to extract metals from ores and wastes, is needed to meet global demand, Dr. Mykytczuk said.

"[These processes] recovers more minerals for sale, and renders wastes to be less reactive," which stabilises the environment, she added.

The advances in genomics is helping to move bioleaching from a niche to a robust technology, which is more likely to be adopted by the industry, she said.

"Now that we can do genomic sequencing, we can use that as a tool to identify what's there, and its capacities," she said. "With genomics, we can actually monitor what bacteria are doing, that they're extracting the minerals that we want them to be eating."

MIRARCO is currently working on a pilot process to recover cobalt and nickel from pyrrhotite, and is collaborating with the University of Toronto and BacTech.

MIRARCO is aiming to move this technology to the commercial stage, with the help of incubators, small and medium-sized enterprises, and end users, she said.