Using a conventional process flowsheet that was created for its pre-feasibility work, Australia-headquartered Global Geoscience has produced 'premium quality' boric acid from the Rhyolite Ridge lithium-boron mineralisation in Nevada, US 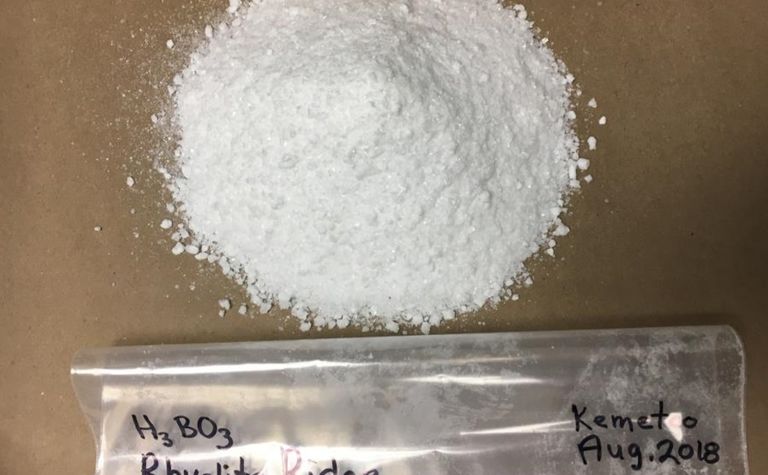 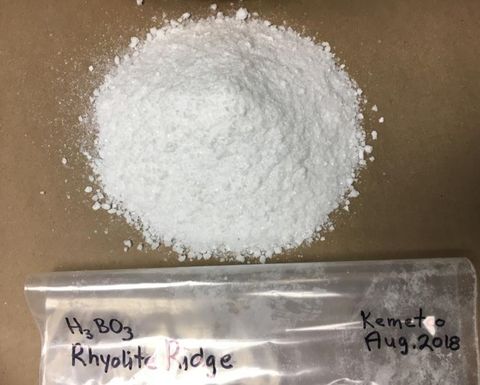 The achievement, according to the company, is a demonstration of its ability to produce premium-end products from Rhyolite Ridge using its efficient, low-cost process that can be easily scaled for commercial production. Global Geoscience said the boric acid just produced has a very low level of impurity and a good crystal size.

The Rhyolite Ridge project can potentially produce between approximately 160,000t and 220,000t of boric acid and 20,000t to 30,000t of lithium carbonate yearly in its initial phase, with that capacity expandable. Once online, the mine could be the third largest producer of boric acid in the world, behind Eti Maden and Rio Tinto, which supply a combined 80% of the globe's refined borates.

"We expect this [achievement], combined with low-cost mining and leaching, to translate into very competitive boric acid costs and likely to be at the lower end of our expectations," managing director Bernard Rowe said, adding that Global Geoscience has spent the last year building its borates team in order to give it a deep understanding of the market and help it transform Rhyolite Ridge into a major producer.

"With the majority of global supply and reserves of borates being in Turkey, we are confident that Global Geoscience will be welcomed as the third major supplier of boric acid globally."

The Rhyolite Ridge pre-feasibility study (PFS), currently in progress, is on target for completion this quarter, Rowe noted, and is expected to return strong economics for both lithium carbonate and boric acid production.

The company then wants to commence a definitive feasibility study later this year, with a completion date in the early part of next year's second half. Because of its central location, the company feels it will be ideal to supply both products to the domestic market as well as the Asian market using low-cost shipping from the West Coast.

Agreement follows the earlier signing of an initial offtake agreement