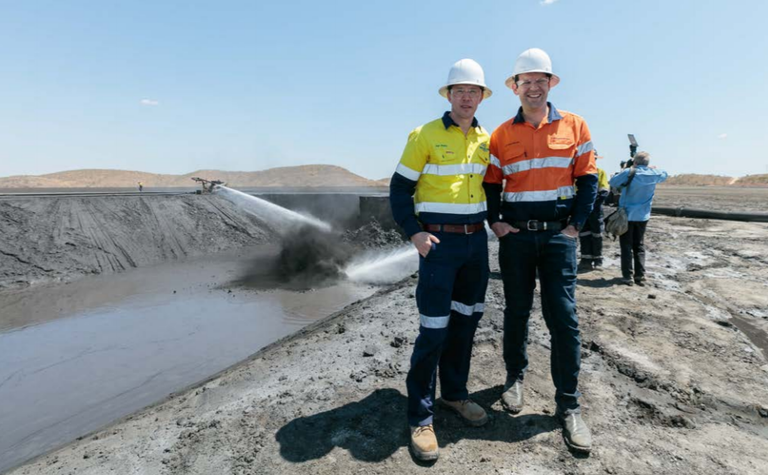 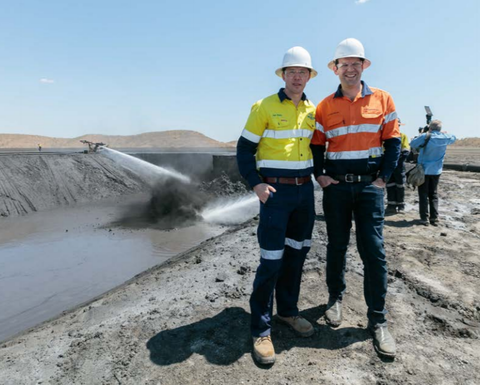 PRESS RELEASE: The opening was marked with a formal event on site, with the New Century team welcoming guests from state and federal government, the investment community and the media.

Guests on the site visit were treated to an inspection of the New Century Resources tailings reprocessing operations, providing a close-up view of Australia's largest ever hydraulic mining operation.

Phase 1 operations at the Century mine are underway, which involve the mining and reprocessing of 8Mtpa of tailings and production of zinc concentrate to be exported via the company's port facility at Karumba.

The company is targeting the progressive ramp-up of operations to 15Mtpa via the refurbishment of the northern flotation train and further supporting infrastructure at the Century mine.

"New Century Resources is dedicated to implementing its economic mine rehabilitation strategy and to establishing a successful business that creates improved environmental outcomes and continued community benefits," he said.