Equipment transportation group ALE was retained to transport four vanadium leach tanks from a manufacturing facility in Vanderbijlpark near Johannesburg, to a mine site some 252.3 kilometres away in the North West province of South Africa 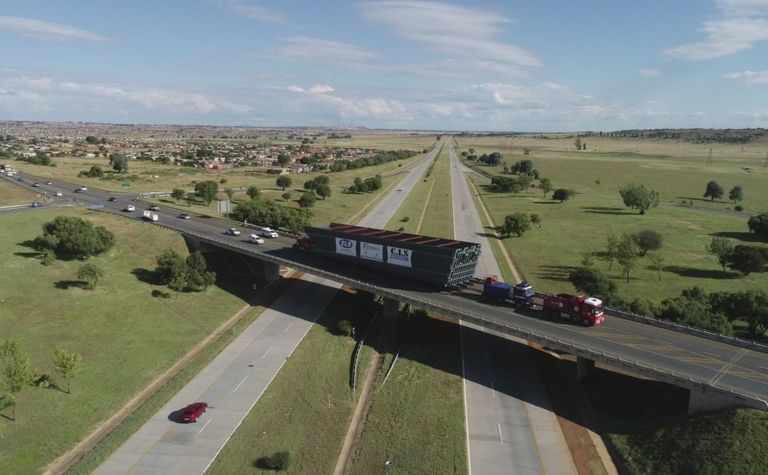 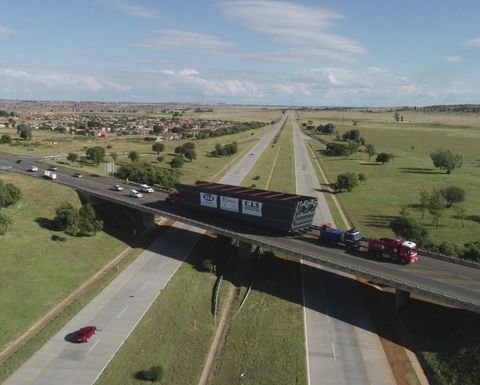 Ale confirmed the tanks were received over a seven-month period

While ALE did not disclose the client's identity, it did confirm that the tanks were received, transported and installed over a seven-month period at the vanadium operation and that it advised on delivery strategies from an early stage.

Once on-site in the North West province, each tank was jacked up to a height of 2m, and then a prime mover fitted with a Cometto 18-axle two-file trailer was reversed underneath to take the load.

Installation, which took about two weeks, involved jacking up the tanks using the same equipment as before, then lowering them onto a jacking and skidding system with four skidding tracks, eight skidding beams and four push-pull cylinders.

"The base of the tank is designed to lie at an angle, allowing vanadium deposits to be scraped up and harvested, and so ALE designed a swivel and interfacing point that maneuvered to the required two-degree tilt," the company explained.

Officials added that they were among the largest items ever to be transported through the Gauteng province; each measured 41.4m x 7.57m x 6.91m with a weight of 263 tonnes.