After commencing initial commissioning in August, Heron Resources is celebrating the 'significant achievement' of first underground ore processed at its Woodlawn zinc-copper mine in New South Wales, Australia 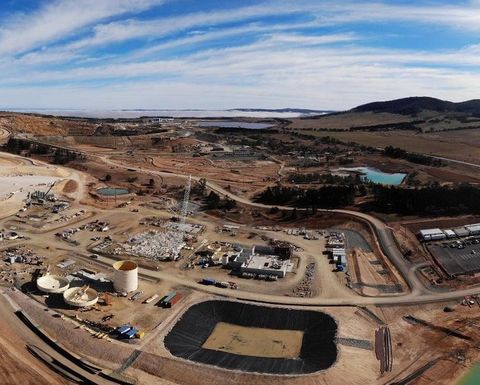 The Woodlawn plant will reach rated capacity in 2020

The miner also processed 6,000dmt of hanging wall ore and 2,000dmt of high-grade development ore prior.

In August and September, when the initial stages of Woodlawn's crushing and ball mill plant commissioning began, Heron used tailings reclaim feed materials. The feed has since transitioned to run-of-mine ore, and it will now complete a campaign solely with that as it prepares for the crusher and ball mill's next commissioning phase.

It is in that phase that Woodlawn will begin its ramp-up efforts. Once in steady state, the plant will alternate campaigns, from tailings reclaim feed to underground ore.

Heron has also advanced its paste fill work at the mine. Officials confirmed the paste plant final commissioning had been completed, along with a number of paste fill placements underground.

"The first ore mined and now processed from the G2 lens is a significant achievement for the operations at Woodlawn," chairman Stephen Dennis said.

"The high-grade G2 lens was planned to be the first underground ore through the plant and will generate early revenue in these first stages of underground mining."

Looking ahead, the miner plans to access the north area, G3, as part of its development plans. It has stopes in an independent sequence from G2, G3 South and the GH stoping area.

Heron owns 100% of Woodlawn. The next milestone on its plan is mid-2020, when it has projected the plant will reach rated capacity on a sustainable basis.

Woodlawn winds up with wet commissioning