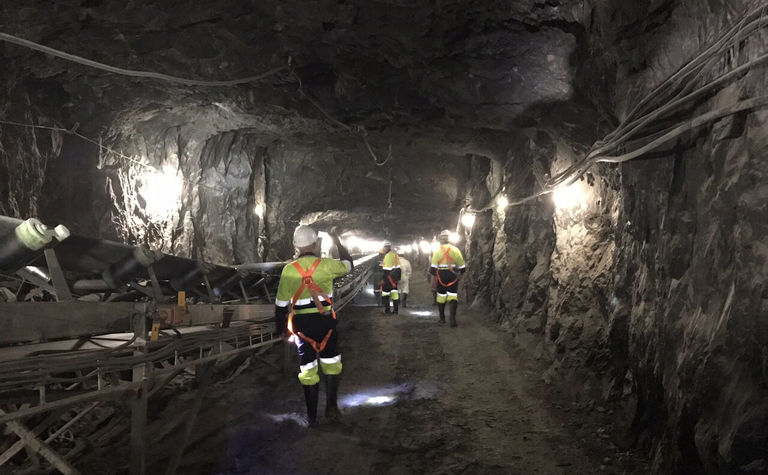 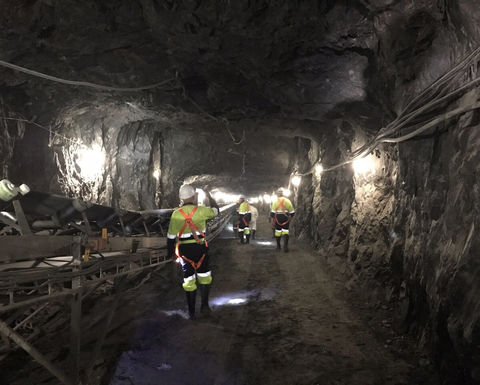 Underground operations at the Blanket mine

Gold production rose to 14,233oz in the March quarter of 2020 from 11,948oz a year earlier, while tonnes mined and milled increased by 15%. The producer cited "several management initiatives" for the increase in tonnes milled, noting that grade and recoveries were also slightly improved.

Caledonia said improvements in production had been achieved by factors including the company securing a cheaper and more reliable supply of imported electricity to feed its primary asset, the underground Blanket mine in Zimbabwe.

New controls were introduced to minimise mining dilution and increase transparency in the daily targets for production teams, supervision was strengthened and renumeration systems revised. Underhand stoping in narrow reef areas was re-introduced to reduce dilution with improved support in certain areas so that safety was not compromised.

The production rise came alongside growth in gross revenues to US$23.6 million, a 48% increase on the US$15.9 million achieved last year.

"I am delighted by Blanket mine's continued strong financial and operating performance in the first quarter of 2020. The management initiatives which were implemented in 2019 have resulted in an almost 20% increase in gold production," said chief executive Steve Curtis.

"The improved performance was achieved with no compromise in safety performance. The Total Injury Frequency Rate has been substantially reduced following a concerted effort by management over the last 18 months to improve and enforce safety standards," he added.

Curtis singled out the improvement in electricity supply as an important factor in the progress.

"Interruptions to the supply of electricity from the grid which we experienced last year have largely been addressed following the conclusion of an agreement whereby Blanket (and other gold producers) purchases power which is imported into Zimbabwe."

Caledonia noted that despite coronavirus lockdowns implemented by the South African and Zimbabwean governments at the end of the quarter, Blanket achieved approximately 93% of its normal target production by using its stocks of consumables and implementing measures to safeguard employees, and that it had now resumed full production.

The virus has however impacted on construction of a new central shaft which the company said would allow raising production to the target rate of approximately 80,000 ounces of gold per annum.

"Work on Central Shaft continued throughout the lockdowns; however, completion of the project requires specialised equipment and contractors to travel to Blanket from South Africa which under the restrictions is not currently possible," said Curtis.