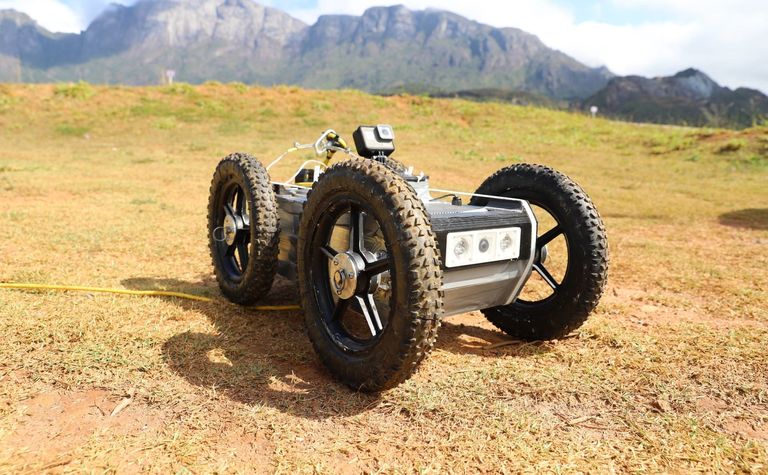 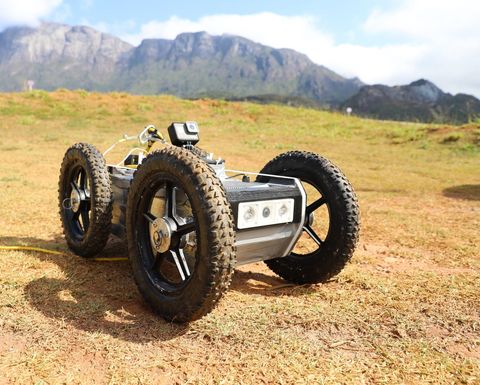 A speleorobot, developed by ITV, getting ready for an inspection (ITV)

The company will send so-called "SpeleoRobots" to copper operations in Pará and iron ore operations in Vitória (Espírito Santo) and Itabira (Minas Gerais), where they will be used in inspections of mills, pipelines and other confined environments.

The Vale Institute of Technology (ITV) has been working with the Federal University of Minas Gerais on the SpeleoRobot project since 2015.

It has already been used for inspections of pipes, galleries and drains, in addition to services in plant equipment, such as mapping of ball mills and inspection of crusher teeth.

The robot's sensing system can also be used for high-resolution inspections, and the generation of 3D maps.

ITV, in partnership with the Federal University of Rio de Janeiro, is also developing a Robot for Inspection Services (ROSI) that focuses on conveyor belts. ROSI uses a robotic arm that can reposition sensors and collect samples in places with difficult access.

"These robots were created within Vale by the employees themselves and are a constantly evolving technology," explains researcher Gustavo Pessin, from ITV. "Development is open-source, completely open from hardware to software, and its structure is modular. Everything that is developed can be used in other robots and equipment and adapted to new situations or functionalities using resources within Vale".

. This year, a proof of concept was completed at the Cauê plant, in Itabira (Minas Gerais). The success of the tests convinced Vale that it should purchase a unit of the robot.

During the proof of concept, the robot maneuvered around the platform and overcame obstacles such as going up and down stairs. It created and displayed a digitized map of the area under inspection, executed route planning and defined the way forward, focused on specific objects and instruments, transmitted images, recorded thermal images with temperature measurements, among other functions.