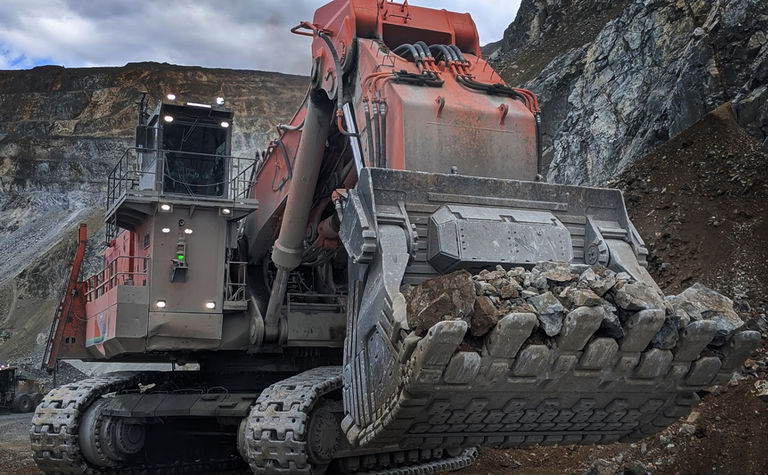 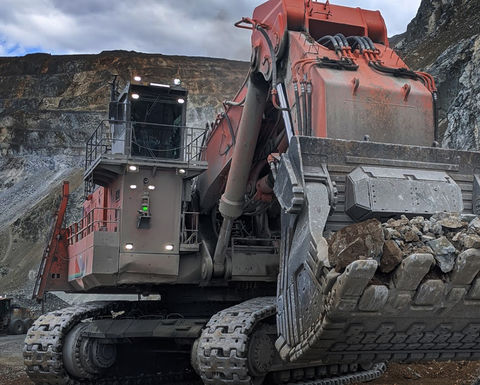 A deployment of ShovelSense in the field

Preconcentration technologies are having a moment, as more mining companies are becoming aware of how the technologies can help make their projects more economically feasible.

Miners are seeking to lower the amount of mine waste generated by drilling and extracting, which would help decrease drilling and ore transport costs.

Preconcentration can help with these objectives, experts tell Mining Magazine.

"Preconcentration is a very good idea, in that it reduces the processing required," Queens University mining department head Dr Julian Ortiz Cabrera said. "What preconcentration does is it separates waste and what's left that's effective to be processed."

This means mining companies will be able to build smaller processing plants, and reduce energy consumption and water consumption if the processing method includes water, he said.

"It's more productive and efficient in general," he said. "The key is to find the sensor technology that actually gives you a good correlation with a greater percentage of metals."

Ore-sorting and preconcentration technologies have been used in some areas of mineral processing for some time, Lucinda Wood, from the Saskatchewan Research Council, said.

There is an uptick in mining companies using sorting technologies because these technologies have been adopted by other industries first, SRC's Jane Danoczi said.

"This technology has been used in other areas, such as the pharmaceutical industry, the food industry, and the sorting of waste material," she said. "The mining industry has been moved by other industries" in looking to this technology.

One ore-sorting technique put forth by Vancouver-based company MineSense is ShovelSense. This technology allows mining companies to sort ore from metals in individual buckets.

"Our sensor uses X-ray technology, and we deploy those sensors in the covered part of the bucket, when the shovel is taking the ore after a blast to the plant," Claudio Toro, MineSense vice president of business development said.

"While the ore is rolling into the bucket, we read different phases of rock, and get thousands of data sets per second. Typically, we deploy more than one sensor per bucket. With that ore grade, we calculate the equivalent grade per truck [in the processing plant]."

ShovelSense works best when mine companies have separate trucks devoted to waste and others devoted to ore containing metal.

The ShovelSense technology "allows customers to do grade control at the rockface," he said.

The biggest draw for miners to adopt preconcentration technologies, Toro said, is to decrease costs of transporting the ore back to the mine.

"One of the highest costs a mine has is transportation, and more than 60% of the cost is basically energy and fuel spent in moving materials from the pit to the process," he said.

Technological developments in the ore sorting space will help miners be able to decrease those costs, he said.

"Technologies that are being developed today are associated with making blasting very specific in the areas of the mine, and be more selective where to blast and extract minerals," he said, noting this would cut down on the amount of ore required to bring back to the mine.

"We [at MineSense] are working on additional sensors that are going to deploy in the bucket. Using sensor fusion, our deck would be able to deploy different types of sensors, determining ore grade, hardness, the size of the rock, and rock distribution."

"Our focus is different than MineSense," Cline said. "It tries to characterise the whole shovel load, but we're evaluating on a rock-by-rock basis."

Tomra sorting machines use a variety of methods to sort metals from ore, and will use near infrared, colour, laser, EM, and XCRT technologies in their sensors, Cline said.

The company creates its own sorters, and has learned that certain sensor technologies work better with some elements than others, Tomra's Jordan Rutledge said.

"We have our own sensors and equipment for sorting material," she said. "The workhorse of the industry is XRT, which we see in a lot of metals processing. Sulphide is associated with gold, and in mostly non ferrous metals."

Quartz-focused lasers work very well with gold, Rutledge said, because of the characteristics of quartz and its density difference with gold.

Though Tomra's sorting tools have been mostly used on brownfield projects, the company is increasingly being brought in to work on greenfield operations as miners look to minimise costs and environmental waste, Rutledge said.

"For a long time, [mineral sorting technologies] were considered a boutique thing, not a proven technology," Cline said. "It's now much more mainstream. Also, we're finding that people are starting to evaluate ore sorting much earlier on in projects, even in exploration" to determine economic viability of projects, Cline said.

Mine sorting not a one-size-fits-all solution

While miners are increasingly turning to sorters to limit their environmental damage and cut costs, mining experts are concerned that miners are adopting the technologies without undertaking the necessary research.

"Mining is so siloed, in that processing is far from geology and sensors are almost on a rocket ship," Lucinda Wood, Business Development Director in Mining and Energy at the Saskatchewan Research Council, told Mining Magazine.

"Each of these aspects need to be understood in a different way, we need to get them to talk to each other," she said. Mining companies should be primarily concerned with holistic flowsheet development - looking at each step of the mining process to determine how to maximise output and minimise cost and environmental waste.

SRC scientists are advising mining companies to take a deep dive into the geology of their deposit.

"Once you understand that, miners need to figure out what technology will perform best for processing the ore, and then categorise and undergo testwork. Then assess a combination of sensors" to determine their effectiveness in optimising output, she said.

XRT technologies have proven very popular with many mining companies but this technology may not be as effective as miners expect, Wood said.

"XRT is the major application at the moment, for a few reasons - the machines tend to be more robust to harsh mining environments, and can take a lot of dust.

"But we're finding that a lot of opportunities are missed because other sensors are not being considered, particularly gold and industrial metals," she said.

To close that gap, SRC is working on a sortability index, to help mining companies understand what kind of sorting their orebody would benefit most from.

"If you come up with industry standards, people can really start getting their heads around sorting and what it can do," Wood said.

Everything from blockchain and electrification, and preconcentration to mini nuclear reactors

Get ready for the Scope 3 shift