Beneficiation plants have many separate processes each requiring specialist equipment 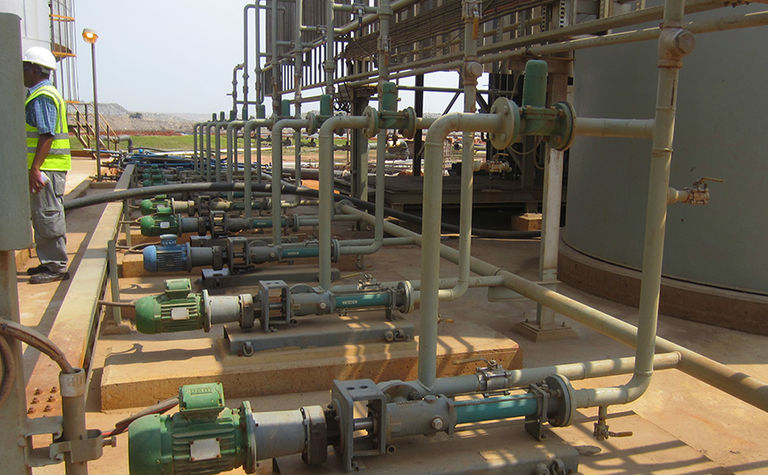 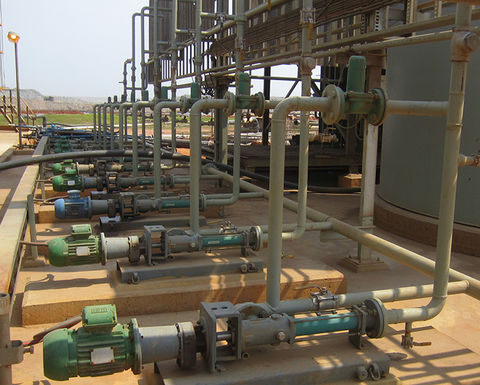 Beneficiation plants have many separate processes each requiring specialist equipment, and often at the heart of each of these pieces of equipment are pumps, either supplying the mineral slurry or the chemicals required for the process. Each individual OEM will probably have a preferred supplier of pumps, and as a consequence of this plants very often end up with similar pumps from a range of diverse manufactures spread across the world.

This introduces more complexity into maintenance operations due to the increased number of similar components that need to be ordered or stocked, together with the slightly different maintenance procedures each different manufacturer requires.

Having supplied pumps to a plant, following commissioning when a plant location is known, NETZSCH will make every effort to visit the plant, no matter how remote, to discuss with the maintenance personnel the supply of spare parts as well as any training that may be required.

Through the extensive network of subsidiary companies covering the globe, with manufacturing facilities in Germany, Brazil, China and India and NETZSCH sales organizations in 30 further countries around the world, NETZSCH is ideally placed to be able to do this. Often, however, it is not always known to which plants pumps have been supplied as they could be supplied through a distribution network or the information has not been provided at the tender or contract stage.

Such a case was a copper beneficiation plant in Zambia. NETZSCH discovered the location of some installed pumps through a third party, and knowing the plant and the location of the pumps on site a NETZSCH specialist visited the site to discuss the supply of spares.

The reaction from the plants reliability personnel was not what the NETZSCH engineer had expected and he was informed that there were no NETZSCH pumps on site. As the information had come from a trusted and reliable source the NETZSCH engineer was able to convince the plant personnel to take him to the area he believed the pumps to be.

Luckily for the NETZSCH engineer the information proved to be correct and 12 NEMO® progressing cavity pumps were found on polymer transfer and dosing applications.

The reliability engineer confirmed the reason that the pumps were unknown to his department was that the pumps had not appeared on the maintenance schedule although the plant had been running for 2 years.

As a consequence of that first meeting it was agreed that a full plant survey would be done with the NETZSCH engineer and a member of the plant reliability staff.

A further 6 NETZSCH pumps were found to be installed together with similar positive displacement pumps from 5 other manufacturers. The plant engineering personnel undertook a study looking at the meantime between failure of all of the different manufacturers and the spares inventory for each.

It was established that extremely significant savings could be made by standardizing on one manufacturer. As the NETZSCH pumps had in fact not failed, a rolling program was agreed to run down the spares holding for each of the other manufacturers and then replace the pumps not supplied by NETZSCH one by one.

In total NETZSCH supplied 36 pumps for polymer applications and the customer calculated the reduction in stock holding for the polymer plant as 1.0 million dollars as a consequence of the changes.

After the successful replacement of the polymer pumps NETZSCH was asked to look at optimizing the reagent pumps on site as well. The pumps originally installed for the application couldn't deliver the required capacity or accuracy and were also proving to be unreliable.

As the pumps would need to be located on the top of the floatation cells and it would prove difficult and time consuming to make the necessary modifications in situ, consequently a more innovative solution was required.

NETZSCH offered the customer a Plug and Play skid mounted system. This allowed the customer to remove all of the existing equipment and to simply place the skids into position. This mitigated the need for any hot work or fabrication on site or on top of the cells. 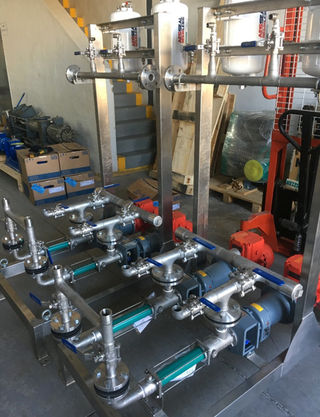 The skids had to be purpose built for the area taking into account the limited space and NETZSCH designed them accordingly.

Three skids were ordered, each skid has two pumps with central manifolds, seal support systems and draw-down tubes. They were are designed in a modular system and can be simply combined with each other as the product suction and discharge lines as well as the mechanical seal support system manifolds can be easy joined.

Additionally the skids can be used in temporary installations as they are fitted with fork lift channels and crane lifting points with the facility to supply the chemical to the pumps directly from an IBC.

This system gave the customer the option not to have any further contractors involved, a one stop solution. These skids have many different adaptations. We can offer flow bin mounting above the pumps, flow meters, pressure monitoring and local control unit. The skids are made for a standard SS316 and can be rated electrically to suit the application.

For more than six decades, NETZSCH has manufactured positive displacement pumps worldwide. The NETZSCH ranges of NEMO® progressing cavity pumps and TORNADO® rotary lobe pumps are designed specifically for the most demanding pumping applications. NETZSCH pumps range in size from the industry’s smallest metering pumps to high-volume pumps for de-watering duties in the mining industry.

For more than six decades, NETZSCH has manufactured positive displacement pumps worldwide. The NETZSCH ranges of NEMO® progressing cavity pumps and TORNADO® rotary lobe pumps are designed specifically for the most demanding pumping applications. NETZSCH pumps range in size from the industry’s smallest metering pumps to high-volume pumps for de-watering duties in the mining industry.

Data without consultation and analysis 'has no meaning'