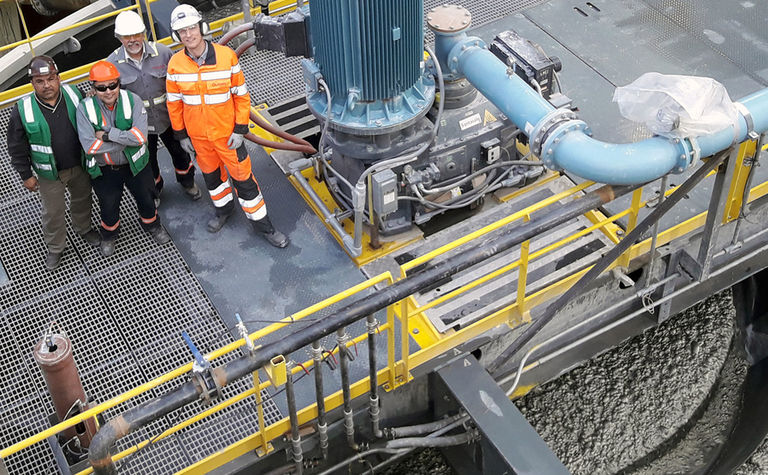 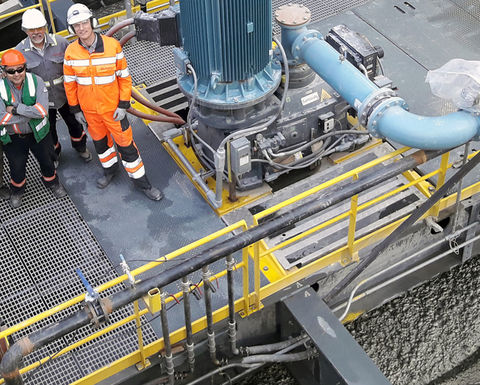 The first two Outotec TankCell® e630's - the largest operating flotation cells in the world at 630 m3 - are running at the Buenavista del Cobre (BVC) concentrator in Northern Mexico. Start-up was completed in March 2018, and since then the site has reported an increase of more than 3% in overall recovery. Also, e630's produce higher Cu grade in the concentrate (24% Cu), which can be sent directly to Cu-Mo separation plant.

"This is the highest recovery I have seen at BVC Concentrator 1 since my first site visit back in 1988," said Jose Romero, Head of Sales for Outotec's office in North Mexico. "This is a huge benefit for Grupo Mexico, and they have been very happy with Outotec's technical approach."

Buenavista del Cobre is a copper-molybdenum mine located in the state of Sonora, Mexico. The mine has two concentrators: Concentrator 1 is a 90 ktpd plant which has been in operation since 1986 while Concentrator 2 is a 100 ktpd brand new plant design that started-up in 2014. The flotation improvement reported in this work with the latest TankCell e630 technology was carried out at Concentrator 1.

Concentrator 1 has been in operation for more than three decades and was originally designed for 72 ktpd. The ore is mined from an open pit, crushed, and fed to ten ball mills. The concentrator is divided into two parallel comminution-flotation sections, so that five ball mills feed each flotation section. Both sections consist of three bulk copper and molybdenum rougher flotation lines, and the rougher concentrate is transferred to a regrinding stage.

In 2015, personnel from Buenavista del Cobre and Outotec conducted a process assessment of the rougher flotation stage. The process assessment included detailed mineralogical characterization of an ore sample, a sampling campaign bank-by-bank and flotation pilot (TC5) tests and lab flotation tests with fresh process samples. Basis of the generated kinetic test data rougher flotation model was implemented using Outotec HSC Chemistry software. The simulation model indicated that increase of flotation volume will result in increase of Cu recovery. Various scenarios were simulated to define the best manner to implement the 630m3 flotation cells to the existing flotation sections. The recommendation was to install two TankCell e630 flotation units as the first cells of the existing bulk rougher stage for parallel Sections 1 and 2, as shown in the schematic flowsheet presented in Figure 2.

The existing Section 1 bulk rougher lines consist of three parallel lines of 18 cells per line with a total flotation capacity of approx. 1529 m3. Section 2 bulk rougher stage also consists of three parallel lines, two of the lines equivalent to the flotation lines in Section 1 and one line consists of 13 cells with a net volume of 38 m3 resulting in a total flotation capacity for the full section of approx. 1513 m3. 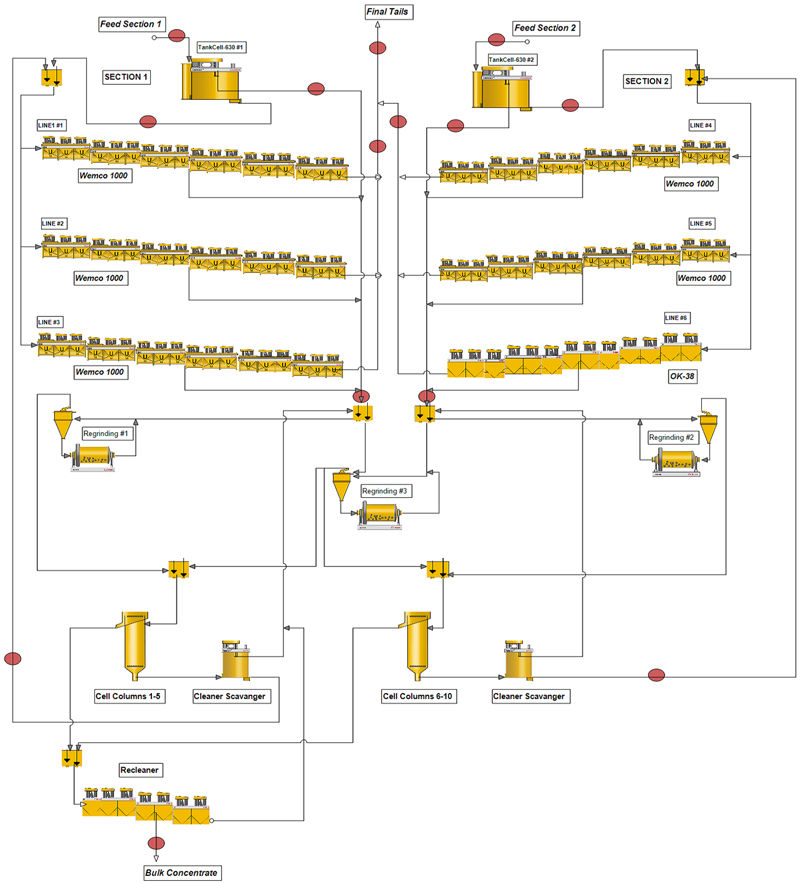 The TankCell e630 flotation cell has a nominal volume of 630 m3, and is equipped with a FloatForce® mechanism with a diameter of 2200 mm. The mechanical design of TankCell e630 is a direct scale-up from TankCell e300 and TankCell e500.

For testing purposes these flotation cells were equipped with an auxiliary impeller, called FlowBooster™. This type of impeller is used to further enhance hydrodynamic conditions in the tank. Since the TankCell e630 units in Buenavista del Cobre are the first operational cells of their size, the installed motor power is 515 kW and the motors of the cells are connected to a Variable Speed Drive allowing the rotational speed control of the flotation mechanism. The air flow rate and froth height are controlled locally from a CellStation® control panel. Flotation air requirement is provided by dedicated centrifugal air blowers. 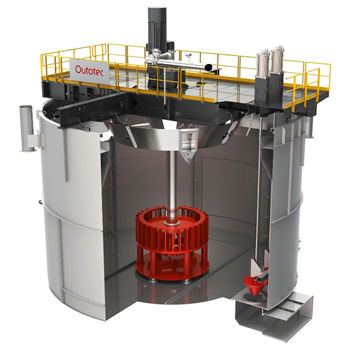 Its large capacity makes the Outotec TankCell e630 particularly suitable for rougher and scavenger duties in copper, copper-molybdenum, gold and other base metal applications. The unit has a diameter of 11 meters and a lip height of approximately seven meters.

After successful start-up, Outotec's metallurgical team is now working closely with Grupo Mexico for the tuning and optimization of the flotation cells. Grupo Mexico and Outotec are presenting the results from Concentrator 1 at Buenavista del Cobre at the Procemin-Geomet 2018 Conference in Santiago, Chile, November 28-30.

Outotec develops leading technologies and services for the sustainable use of Earth’s natural resources. Our 4,000 top experts are driven by each customer’s unique challenges across the world. Outotec's comprehensive offering creates the best value for our customers in the mining, metal, energy, and chemical industries.

Outotec develops leading technologies and services for the sustainable use of Earth’s natural resources. Our 4,000 top experts are driven by each customer’s unique challenges across the world. Outotec's comprehensive offering creates the best value for our customers in the mining, metal, energy, and chemical industries.

The human element is crucial for digitalisation success