Are you ready for the Carbon Tax Bill? 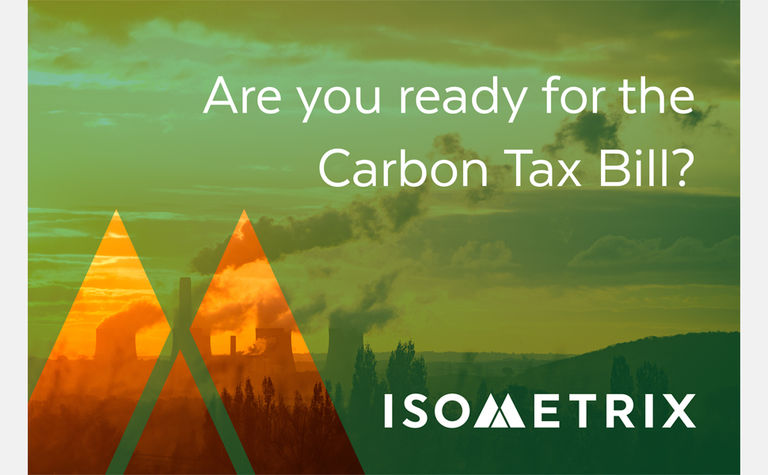 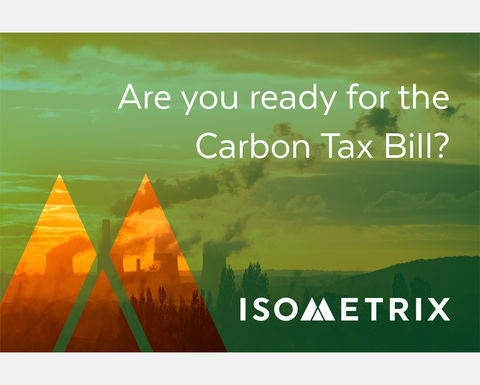 On 21 February 2019, South African Finance Minister Tito Mboweni announced that the Carbon Tax Bill will come into effect on 1 June 2019. This announcement is the culmination of nearly a decade of preparation and consultation with industry stakeholders.

The Climate Neutral Group in partnership with IsoMetrix have developed a turnkey solution to help organizations manage their carbon footprint and associated tax liabilities.

What is the Carbon Tax Bill?

The Carbon Tax Bill imposes R120 on each ton of CO2e (carbon dioxide equivalent) directly emitted by a company's operations. The implementation of this tax follows a phased approach. The first phase commences on 1 June 2019 and will last until 31 December 2022. The biggest difference between the first and following phases is that during the first phase companies enjoy a basic tax-allowance of 60 or 70%. This feature is envisaged to fall away come the next phase of the Carbon Tax. The rationale behind tax-free allowances is to allow businesses time for transition by implementing measures that will reduce their emissions in preparation of a time where basic allowances no longer apply and each ton of emissions will be taxed.

Implementing a Carbon Tax in one of the world's top carbon producing countries will benefit all South Africans in the long run and is in line with the country's commitment to the Paris Agreement.

"Climate change poses the greatest threat to humanity and SA intends to play its role in the world as part of the global efforts to reduce greenhouse gas emissions." Mboweni said in his speech.

Where does this leave South African businesses?

Silvana Claassen, Senior Carbon Advisor at Climate Neutral Group South Africa explains that "South Africa is a carbon intensive country. This is largely due to a legacy of large coal reserves and low electricity costs that allowed industry to flourish. South African industry has been resistant to the implementation of the Carbon Tax Bill. However, global attitudes to curbing greenhouse gas emissions are turning in the direction of zero emissions technologies. As such, it is very much for the long-term benefit of organizations to reduce their carbon footprint."

Silvana explains, it is typically companies with vested international interest that have done their homework, and often are on top of their carbon footprints enabling them to identify opportunities to reduce emissions resulting in  a direct positive impact on their bottom lines.  "Calculating a carbon footprint is not an easy task," Silvana says, "especially when you take into account that your supply chain may pass on the cost of their carbon emissions to you. With carbon tax on the horizon, your carbon footprint comes at a cost, by reducing your emissions, you save costs. It is that simple."

An opportunity to future proof your company

Robin Bolton, Head of Sustainability at IsoMetrix emphasizes that companies should use the time before the Bill comes into effect to put their house in order. "Organizations that take advantage of this time will get their administration sorted out," he says, "and then implement a tool to manage and track carbon emissions." The South African government has afforded a grace period to ease companies into their obligations that come with the Carbon Tax Bill, including the requirement to report on emissions. "This grace period is temporary," says Robin, "by 1 January 2023, the requirements will be far stricter and the consequences far more serious.

Silvana adds that companies must see the next few years as an opportunity to future proof themselves while the tax free allowances are in place, as after this period not only do the allowances fall away but the rate per ton of CO2e will go up.

The IsoMetrix Carbon Management solution is designed to help companies calculate and manage their carbon footprint. The system enables the calculation of a company's carbon footprint. Because of its agility, this module meets the requirements of a variety of published guidelines and protocols and allows for the use of specific factors and formulae. The added value that the IsoMetrix systems bring is that objectives and targets can be set with actions captured and tracked to ensure compliance and to meet these objectives. The partnership between IsoMetrix and the CNG is synergistic in nature: CNG provides expert advice on identifying a company's activities so that the Carbon Management module can be tailored to include reporting of associated emissions. Where IsoMetrix provides the technology tool to track and report a company's emissions, CNG can propose strategies to reduce a company's footprint and ultimately pay less tax.

Get in touch with us for more information on how IsoMetrix can assist you in your Carbon Tax reporting.

IsoMetrix is a South African based company and a world leading developer of integrated risk and compliance management software solutions. We have 20 years' experience working with global companies.

IsoMetrix is a leading supplier of integrated software for governance, risk, and compliance.

IsoMetrix is a leading supplier of integrated software for governance, risk, and compliance.

Making the all-electric mine possible with ABB eMine™