The plant, based in Western Australia, has a unique setup allowing optimised gold recovery 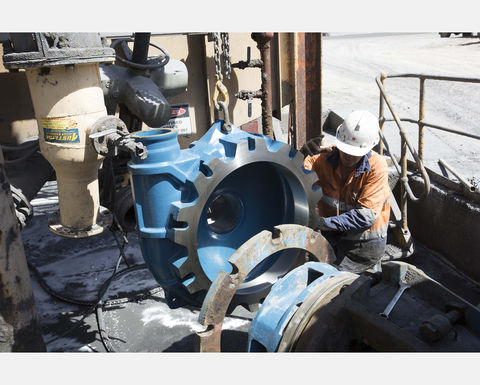 The Greenfields mill is situated in the Western Australian goldfields, three kilometres east of Coolgardie.

For over twenty years, the site has provided first class toll milling to the local gold mining industry. The plant has a unique setup with three ball mills, allowing the circuit to be optimised for gold recovery depending on the needs of different clients. In its current configuration, the plant can process up to one million tonnes per annum.

FMR Investments was formed in 2007 when specialist hard rock underground mining services provider Barminco - founded in 1987, divested its contracting business. Today, the company operates three mining projects in Australia: the Eloise Copper Mine in northwest Queensland, as well as the Greenfields Mill and Gordon Sidar mine, both of which are located in Western Australia.

Stockpile ore delivered by FMR's customers initially passes through a three-stage crushing circuit consisting of a primary jaw crusher followed by secondary and tertiary cone crushers. The feed from the secondary and tertiary crushers is graded by a double deck screen that removes undersize material from the circuit. The crushing system produces a P80 product size between 6 and 8mm which is then transferred and stored in a 1000 tonne mill feed bin.

The mill circuit consists of 1300, 875 and 500 kW ball mills. Classification of leach feed product is handled by 15-inch cyclones. Free gold particles in the cyclone underflow are separated in a concentrator and sent to the gold room for direct smelting, while the remaining underflow goes back to the grinding circuit to be further reduced.

The overflow product from the cyclones is sent to a CIL (Carbon-in-Leach) circuit. In this process, gold is dissolved from the ore in a cyanide solution in the presence of oxygen, and the resultant gold cyanide complex molecule is then absorbed onto activated carbon. The gold is stripped from the loaded carbon, in a process known as elution. Gold is later recovered from the pregnant strip solution by electrowinning onto steel wool, and direct smelting before shipment to an external refinery.

Mill discharge pumps - a critical component of the plant

Critical to the operation of the mill-to-classification process are the plant's mill discharge pumps. They are responsible for transporting the milled slurry up a large vertical pipe to the classification cyclones.

The pumps process a high volume of material that is highly abrasive in nature. This means that key wear components must be monitored regularly to ensure the pumps operate efficiently and prevent unexpected downtime.

Alternative Registered Manager at Greenfields Mill, Morgan Dombroski, says that the mill discharge pumps are a critical part of the site's process. "The pumps feed the classification cyclones, which are the mother of the whole plant. If the pumps are down, we aren't producing a product - which is a big deal for our site."

Dave Scott, FMR's Maintenance Supervisor describes how their pump setup has been designed to ensure there is always one pump available. "If the mill circuit is stopped, it basically costs the business about $40,000 per hour. That's why we have a pair of pumps for this application. If the active ‘duty' pump fails or is under maintenance, there is always a standby ready to take over."

Read the whole story on metso.com: Pumping up gold production rates at Greenfields. 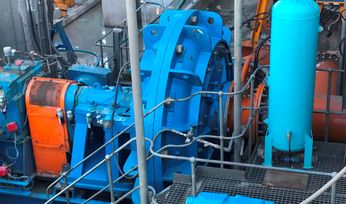 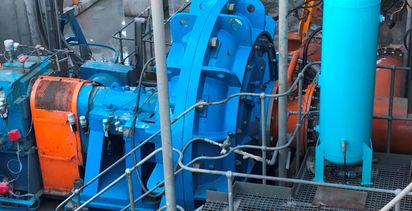