If sociologist Everett Rogers were alive today, he would recognize the state of the AHS market 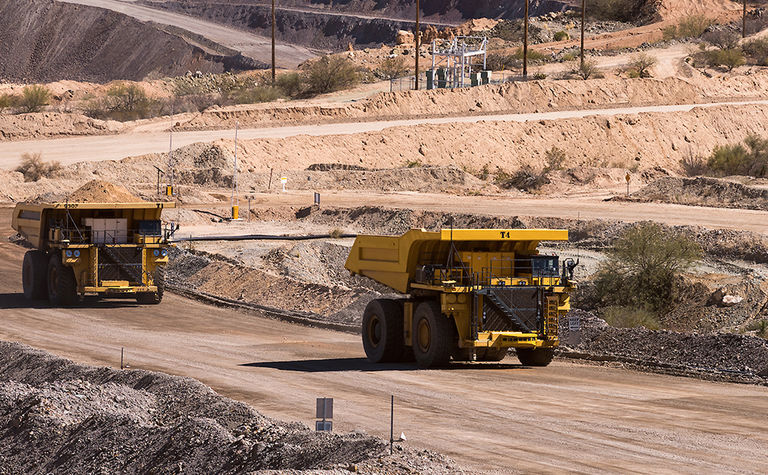 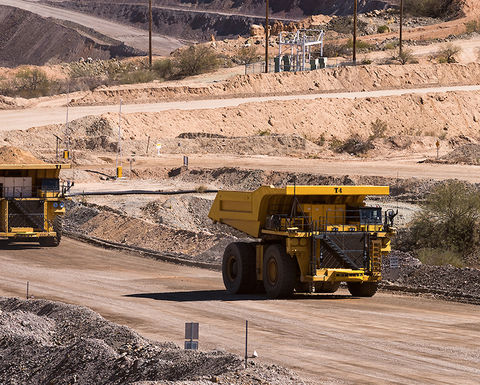 If eminent sociologist Everett Rogers were alive today, he would easily recognize the state of the autonomous haulage system (AHS) market.

Komatsu implemented the mining industry's first commercial deployments of autonomous trucks in 2008, at Codelco's Gabriela Mistral (Gaby) copper mine in Chile and Rio Tinto's West Angelas iron ore mine in Western Australia. Only a handful of major mining companies introduced AHS commercially between 2008-13[1], forming a group classified as ‘innovators' according to the Rogers bell curve of technology adoption[2].

Since 2013 a second wave of 'early adopters' has integrated autonomous trucks into mining operations. While autonomous still makes up a small percentage of the total fleet of ultra-class trucks, it is gaining momentum. During 2021, Komatsu expects to exceed 400 operating autonomous trucks globally, while surpassing 4 billion tons of material moved. This second wave is still ongoing, and significant growth is forecast in the next two to three years - mainly from retrofitted vehicles already under contract.

The third group on the Rogers curve is the one termed the 'early majority', or pragmatists. Like the first two groups, this group is situated mainly in developed countries like Canada, the United States, Chile, and Australia where labor costs are relatively high and mining is done in very remote locations. However, interest is also being seen in developing economies like Brazil and South Africa. The early majority will choose AHS because of its proven ability to cut cost per ton, safety benefits, and the fact that existing fleets are nearing end of life.

Based on the volume of enquiries from this group, along with the trajectory of demand from existing customers, Komatsu can safely predict that AHS will grow exponentially, not linearly, in the coming years.

Based on Komatsu's conversations with mining companies, business considerations are the number one driver of AHS demand. Whether the focus is increasing productivity or asset utilization or reducing labor or maintenance costs, the end goal is always the same: reducing the cost per ton of production.

In a study on the economic case for autonomous trucks, Accenture listed six financial impacts[3] - four that were positive and two that were negative.

The positives impacts were:

The negative impacts were higher capex costs as well as higher maintenance labor rates to address equipment complexity. Higher capex cost is the main reason autonomous is only viable at mines with extremely long mine life.

New entrants to the market have been able to gauge the benefits of productivity by looking at the early innovators. Rio Tinto has moved well in excess of one billion tons of material with autonomous trucks. In 2017, its autonomous fleet accounted for about 25% of the total material moved across its Pilbara mines, despite accounting for only 20% of its approximately 400-strong fleet at the time. On average, each Rio Tinto autonomous truck operates around 700 hours more than conventional haul trucks over the course of a year at around 15% lower load and haul unit costs[4].

According to a study by global research and consultancy firm Global Data, AHS trucks will drive reductions in operating costs across Australian iron ore mines by US$0.62/t in 2020.[5] In Komatsu's experience, mature mining companies can always find ways to increase productivity and thereby reduce cost per ton. Newer mining companies have even more margin for improvement and can achieve significant financial benefits with minor changes.

Autonomous a Natural Fit for Electrification

Aside from cost, another question Komatsu is increasingly hearing from customers is how AHS can help achieve sustainability and decarbonization goals. Autonomous offers numerous benefits on this front. It can result in up to 40% improvement in tire life, which means less rubber ending up in landfills. It also gives operators the ability to control their fleet in a stable, consistent manner, eliminating or reducing actions like sudden acceleration and thereby reducing emissions.

A less obvious - but equally important - benefit is the role autonomous can play in enabling electrification of mines. Mining companies are increasingly looking to electrification as a way of reducing costs, improving onsite health and safety, and strengthening their license to operate, a recent survey commissioned by EY found[6].

All-electric mining trucks with electric motor instead of internal combustion engine are an obvious goal for the industry - although these depend greatly on improvements in battery technology. For now, mining companies are embracing electrification through autonomous electric drive trucks (equipped with electric drive systems but diesel engines) of the kind that dominate Komatsu's fleet.

Another type of electrification that mining companies are becoming increasingly interested in - and where autonomous can be an enabler - is trolley. Technically, a trolley assist system can accommodate manual or autonomous trucks equally well. However, autonomous vehicles offer potential benefits that manual vehicles cannot, such as the ability to align the pantograph with the overhead power line with precision, significantly reducing diesel engine emissions. Komatsu is in the early stages of exploring AHS with trolley assist.

The concept of remote work has been around for a long time, but the coronavirus pandemic has fast-tracked interest in it. From the perspective of some mining companies, removing workers from the mine area doesn't just improve safety, it also mitigates risks in other aspects of the operation.

Although Covid-19 and the related economic crisis have caused companies to rein in future capex spending, all Komatsu's existing customers are showing the same level of commitment to autonomous as before, and market interest is only increasing.

Again, Rio Tinto provides an instructive example as to the benefits of autonomous. All its AHS trucks are now operated from 800-900 miles (1,300-1,450km) away in the city of Perth. By reducing the number of fly-in, fly-out (FIFO) workers, the company saves money on flights and mitigates the risk that someone responsible for a critical part of the mine operation (such as a shovel operator) misses a flight, potentially causing disruptions.

As a side benefit, companies with control centers in large urban areas are experiencing higher worker retention as employees seize the opportunity to upskill and work closer to their families. For the same reason, companies are finding that they are able to cast a wider net when recruiting new talent.

A major factor in AHS growth is due to a new retrofit market, which Komatsu pioneered in 2017 when Komatsu first retrofitted Rio Tinto trucks with Frontrunner AHS. Since then, retrofitting has become commonplace as established users have looked to maximize utilization of aging fleets. Retrofits presently account for around 25% of autonomous trucks in the field, and this figure will grow to 30-40% as existing contracts are fulfilled between 2020-22. Thereafter over time, the percentage of retrofit trucks will decline as fleets age and are replaced by new trucks that are autonomous-ready out of the factory

Komatsu foresees explosive growth in 2023-28, a period coincides with the next round of fleet replacements at major mining companies. As a general rule, if a truck has been in operation for 15+ years, it makes more sense economically to invest in a new truck than retrofit the existing one.

Because of the mining industry's cyclical nature, it is possible to backwards project with a fair degree of accuracy and say that the mid-2020s is when mining companies will need to retire the fleets in which they invested heavily toward the end of the commodities super-cycle around 2008-12. In many cases, mining houses will interpret this as a signal to prepare to transition to autonomous haulage systems.

The plants will provide 1.3 terawatt hours over a 20-year span