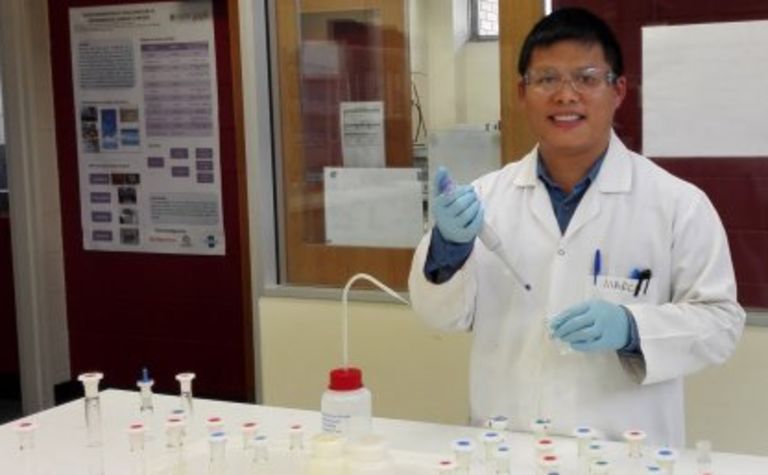 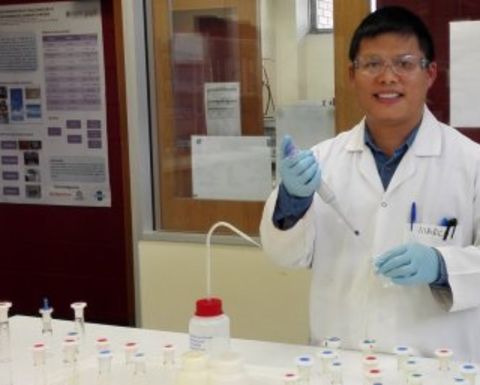 He explained: “Bauxite ore is necessary to produce aluminium, which is in many of the products we use every day. Queensland is ideally placed to benefit from this technological improvement as bauxite is abundant in north Queensland and there are already processing facilities and experts established here. Now instead of wasting the bauxite ore by-products, we can recover most of the minerals, which also reduces the environmental impact of the mining activity.”

Dr Peng said the new process would make some bauxite deposits feasible to mine, where they had not been so previously.

Bauxite contains between 30-54% alumina, which is refined from bauxite ore using what’s known as the Bayer process. This separates alumina from the mixture of various iron oxides, titanium dioxide and aluminosilicate, which is known as the desilication product (DSP).

Using the conventional Bayer process, the DSP crystallises to a fine powder intermingled through the residue, making separation of the components impossible.

Dr Peng said: “The red mud has to be chemically neutralised and maintained in long-term storage.”

However, Dr Peng has been working on a process to control this crystallisation, instead yielding a coarser material, which can be separated and removed. He explained: “The current process wastes a lot of these other minerals and creates bauxite residue. The new method we’re developing has environmental benefits and financial benefits, as the by-products can be sold.”

Thanks to an Advance Queensland Grant and his partnership with Rio Tinto, Dr Peng said, the technology could be rolled out in Queensland within five to 10 years.