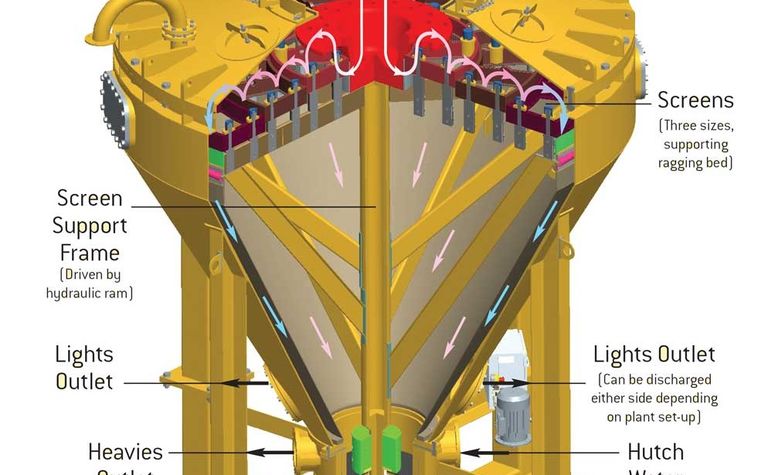 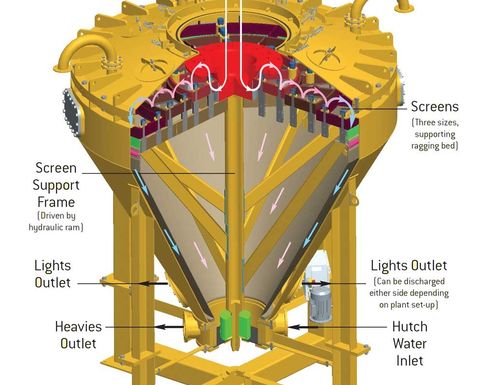 PRESS RELEASE: New Afton’s new gravity circuit addition will consist of Gekko's largest InLine Pressure Jig (IPJ) unit - the IPJ3500 – as well as an IPJ2400 and its Mag-Screen technology. It will be installed in the existing ball milling circuit.

The flowsheet is utilising Gekko’s InLine Pressure Jig for the pre-concentration of native copper in the Supergene ore that will be an increasing portion of the incoming ore to the plant in 2018. The IPJs were selected for this application as they can be fed a relatively coarse particle size distribution, thus allowing the recovery of larger native copper flakes.

The gravity technology is to be delivered to site in the summer of 2018 and commissioned early in the December quarter of 2018.

Jennifer Katchen, projects metallurgist at the New Afton mine, said: “We look forward to working with Gekko Systems on this project to recover native copper from our grinding circuit.”

Located near Kamloops, British Columbia in Canada, the New Afton mine site includes underground workings, historic support facilities, a concentrator and tailings facility. The underground operation is expected to produce, on average, 85,000oz of gold and 75 million pounds of copper per year over its 12-year mine life.

Greg Rasmussen, VP North America at Gekko Systems, commented: “Gekko is experiencing a high level of interest and demand in pre-concentration flowsheets which support footprint and energy reduction in process plants. New Gold have recognised the IPJ capacity to recover native copper in the New Afton flowsheet. We are excited to support this installation.”

Recovery with the new technology is 99.9%