Weir Minerals Africa has expanded its Cavex hydrocyclone footprint across Africa with its most two recent orders going into the Central African Copperbelt; one in Zambia and one in the Democratic Republic of Congo (DRC) 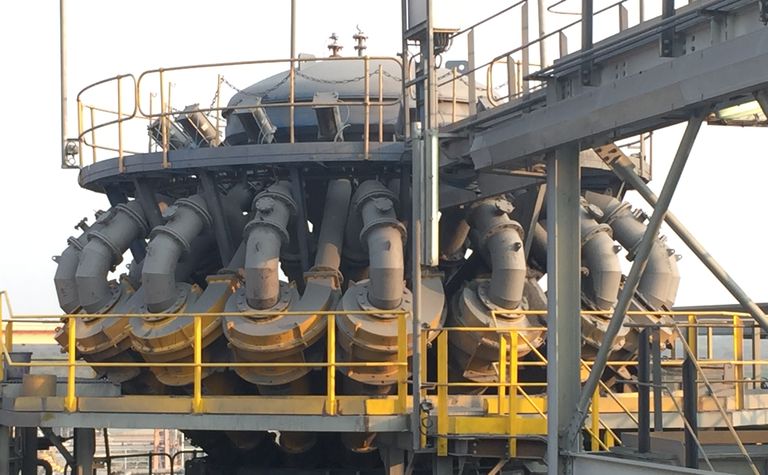 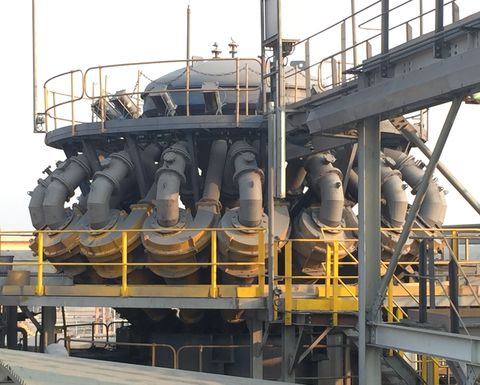 He added that a major differentiator that Weir Minerals Africa brings to its customers is the ability to assess individual application requirements and provide a tailored solution. He noted: "It is not just about providing an off-the-shelf product. The company has a full team of experienced process and metallurgical engineers who look at how to best optimise the process for the customer. The major focus is on achieving the most efficient separation with the lowest total cost of ownership."

The hydrocyclone cluster to be installed at the Zambian copper mine is an 18-way Cavex 400 CVX cluster in a mill circuit classification application. A two-way Cavex 500CVX hydrocyclone will also be supplied for use in a densifying application at the plant.

For the process plant in the DRC, Weir Minerals Africa is supplying a 14-way Cavex 500CVX hydrocyclone cluster for the semi-autogenous grinding (SAG) mill application. In this particular instance, the solution was designed to allow for future additional capacity, saving the customer future CAPEX. The company is also supplying a two-way Cavex 500 CVX cluster for a limestone application at this mine.

Gabriel said that an important contributing factor for customers is that the significant Cavex hydrocyclone footprint in this region is supported through Weir Minerals Africa's Zambian branch and service centre in Kitwe, Zambia. This comprehensive facility was expanded earlier in the year and has increased the spare (after market) parts inventory it holds, as well as expanded its process engineering support team based at the branch.

In addition to the recent orders across South Africa's borders, Weir Minerals has also expanded Cavex technology into dense medium applications with significant benefits being provided to the customers. Gabriel pointed to installations in diamond mining where Cavex dense media cyclones are achieving far longer wear life than competitor units, and this is in addition to proven higher efficiencies.

"Test work undertaken by our customer using tracers highlighted that Ep values were on average 0.038, which was below the set maximum Ep target of 0.08 from the mine. Cut points achieved during test work revealed a 3.08t/m3 cut point, which met the customer specified performance target of 3.1t/m3," he explained.

Cavex dense media cyclones were operational for fifteen months without failure and achieved an additional 36% tonnage throughput over and above the target set by the mine. Gabriel said that this highlights the benefit of the Cavex laminar spiral inlet as compared to conventional involute and tangential cyclone inlet designs.

Gabriel also reported that in a coal DMS application, a Cavex 500 CVXT20 dense media cyclone recently replaced a 610mm competitor unit on a coal washing plant. Here, a production yield increase of 15% was achieved, as well as a major wear life increase of 50%.

"This translated into real bottom line savings for the customer, as the plant was able to reduce maintenance and improve production output," he said. Based on these successes, the customer placed an order for another Cavex 500 CVXT20 for its second wash plant.

"The rationale behind the decision from both mines was based on the performance and reliability that the Cavex hydrocyclones are already achieving in similar applications in this region," explained Gabriel. "Adding to this is the high level of service and technical support that Weir Minerals Africa is able to provide through its branch network."

Gabriel commented: "Cavex hydrocyclones have proven themselves in a heavy mineral sands application with a customer in Mozambique who placed an order for 28 classification hydrocyclones. Again, this order followed successful test work conducted on site which highlighted the benefits of the laminar spiral inlet. This design improved classification efficiency and reduced losses of saleable product to the cyclone overflow. The results emphasised the lower total cost of ownership which could be achieved using Cavex hydrocyclones in these applications."

Cavex hydrocyclones have been supplied to a heavy minerals sand project in Sierra Leone. This forms part of a phase two expansion project at this mineral sands processing plant, and increases the Cavex hydrocyclone installed base in the West African region.