First Cobalt, which has been advancing the recommissioning of the First Cobalt refinery in Ontario, Canada, has completed a term sheet with miner Glencore that will help continue the momentum to its restart 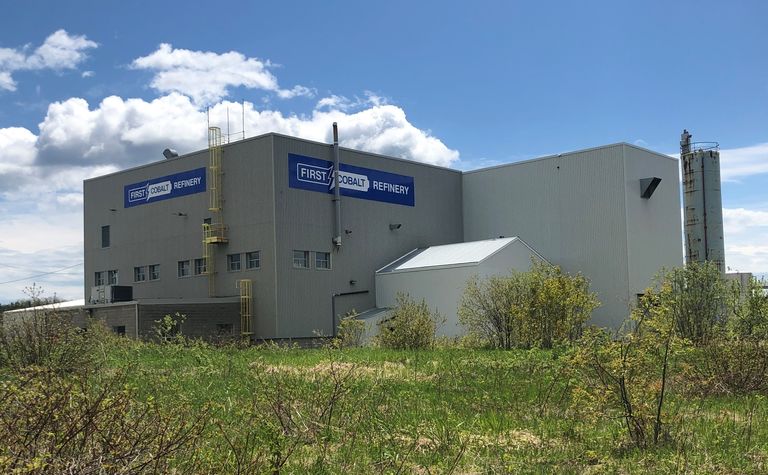 First Cobalt is hoping to expand the Ontario, Canada refinery to 55t/d

Under the deal, Glencore will advance a US$5 million loan to First Cobalt; it will be used for additional metallurgical testing, engineering, field work, cost estimating and permitting as part of the company's Phase 1 plan.

While the framework for the loan remains subject to a number of conditions, First Cobalt said it positions the pair for a long-term strategic relationship with the potential to bring a reliable source of domestically refined cobalt to the North American market.

Phase 1 includes a definitive feasibility study for an expansion of the refinery to 55t/d, and Phase 2 will involve the facility's commissioning at a 12t/d feed rate in 2020. In the third phase, the expansion to the 55t/d goal will began, and that work should be completed by 2021.

Glencore's total capital investment for the three phases will be approximately US$45 million, though the second and third phases remain subject to the findings of Phase 1's studies.

"Transitioning to cash flow as a North American refiner is our primary focus and today's news demonstrates that we are moving closer to achieving that objective," First Cobalt president and CEO Trent Mell said.

Mell added that Glencore has been supportive throughout the restart process. He stated: "This partnership will help First Cobalt achieve its stated objective of providing ethically sourced battery grade cobalt for the North American electric vehicle market. An operating refinery in North America can benefit all North American cobalt projects, as it significantly reduces the capital cost of putting a new mine into production."

First Cobalt and Glencore first inked a memorandum of understanding on May 21 to determine the outlines of a potential partnership. Since then, extensive talks have occurred and due diligence work has been conducted toward the development of a business plan for the refinery.

Refinery has been on care and maintenance since 2015