CDE has launched a 500-tonne-per-hour version of its Combo all-in-one wet processing and water management solution at Conexpo 2020 in Las Vegas, Nevada, US 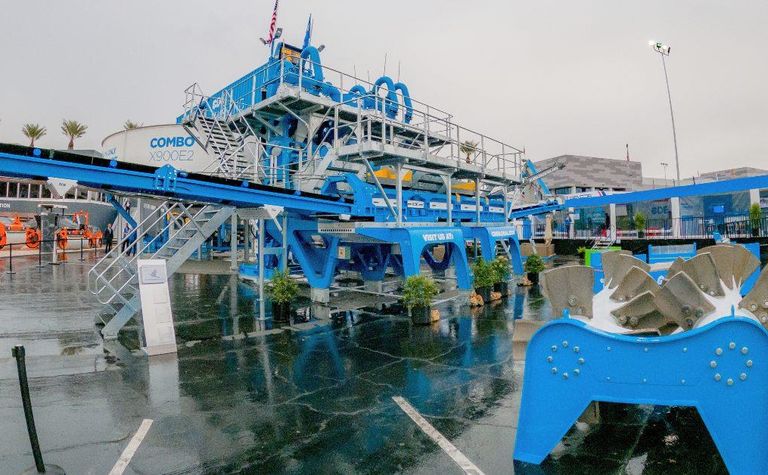 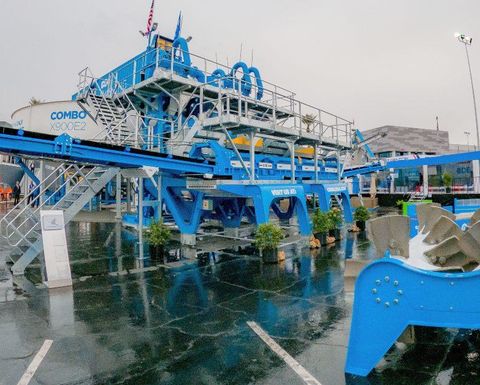 The wet processing equipment manufacturer originally launched its Combo solution at the Bauma event in April 2019. Now, with an increased capacity of 500tph, the new Combo X900 is the largest model in the series to date.

CDE Director of Engineering Kevin Vallelly said it had been engineered specifically for materials processors in North America and Latin America.

"With our new Combo X900, we've doubled its capacity and created a next-gen solution for materials processors across North America and Latin America," he added.

"The Combo X900 can process 500 tonnes per hour of feed material, including natural sand and crushed rock, containing unwanted clay, silt and other organic contaminants to extract quality in-spec washed and graded sand products that are market-ready straight from the belts."

As well as its increased capacity, the control cabin of the new Combo X900 has been repositioned to sit on top of the water tank; a design decision Vallelly said was directly influenced by the North and Latin American markets.

"In these regions, plant and machinery are subject to major temperature extremes and fluctuations," he says.

"By positioning the control cabin on top of the water tank we're able to better protect the operational heart of the plant and offer a solution that can be adopted throughout both North America and Latin America where high and low temperature extremes are recorded."

Furthermore, where traditional washing systems have a separate standalone water tank, the new Combo X900 has integrated this into the design of the AquaCycle thickener tank, resulting in a peripheral wall for water storage, which has significantly reduced the overall footprint.

"Traditional washing systems would typically consume up to 15 times more water than that required for the Combo X900," Vallelly said.

"Our best-in-class water management and on-board water recycling minimises costly water consumption and ensures up to 90% of process water is recycled for immediate recirculation through the closed-circuit system."