Thyssenkrupp has been awarded a contract by a public coal miner in India for three semi-mobile crushing plants (SMPCs) that will be part of a new coal handling plant at the mine site in Singrauli district, Madhya Pradesh. 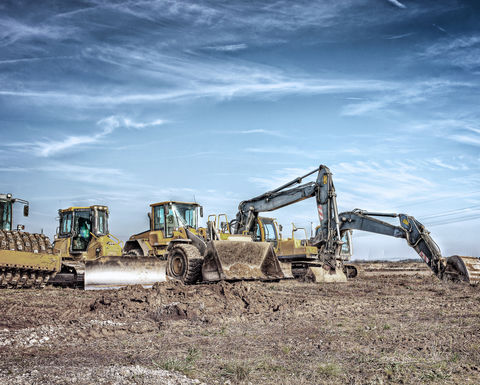 The supplier said the client, which it called a major non-coking coal producer in the country, will use the mobile plants to implement an in-pit crushing and conveying system as part of a 15-million-tonne-per-year coal handling facility to boost mine production from 10Mt/y to 25Mt/y.

The system specifically comprises three in-pit SMPCs and the conveying system, with thyssenkrupp performing design, engineering, manufacturing and supply as well as TAG services for the plants.

The system's receiving hopper module will feature an apron feeder; at 2.2m wide and 10.5m long, the feeder's 136t capacity can be truck-fed. Each plant will also have a crusher module with a RollSizer DRS 1,000 by 2,250 that has a capacity of 1,900 tonnes per hour.

The third module will be the electrical building with the operator room. The company said that by separating it from the crusher module, workers and equipment will avoid vibration exposure.

"Compared to stationary crushing plants, SMCPs are more flexible and can be relocated when the distance between the mining area and the crushing plant increases and, thereby, can reduce the cost for transport of the run of mine material significantly," thyssenkrupp said.

The timeline for the contract was not released.