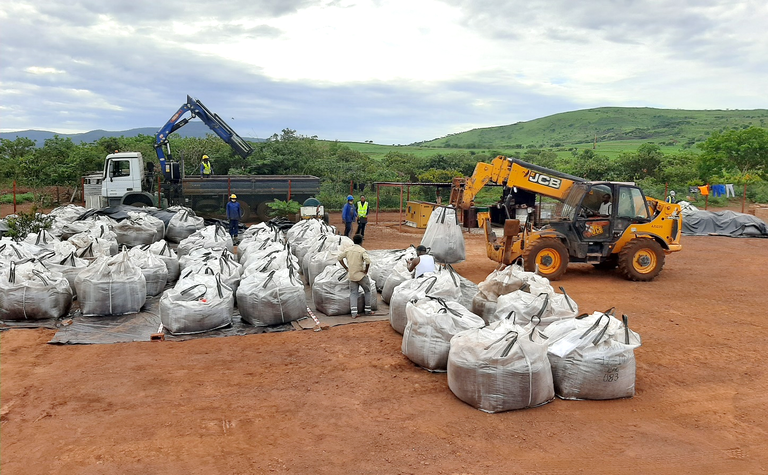 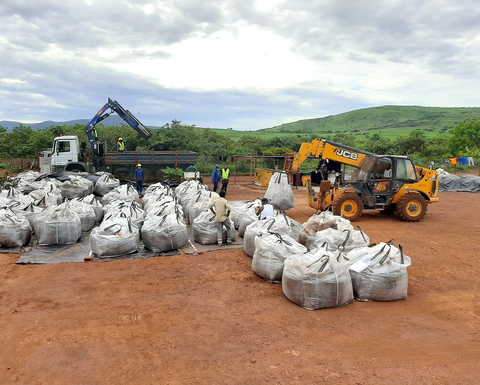 Some of the bulk drill samples of mineralisa@on at Longonjo camp ready for loading and shipment to Perth, Australia

The company said the rare earth oxide separation facility would cost an estimated US$125 million. It had flagged the proposed site of the facility in December 2020.

The site at the Saltend Chemicals Park, Humber, Yorkshire. would use materials from the company's Angola projects as a feedstock.

"This proposed investment will create high-value manufacturing jobs in the Humber region and will be an important step in establishing the world's first sustainable mine to the magnet metal supply chain in the UK," said Pensana chairman Paul Atherley.

The aim is for the company to "become one of the world's largest producers of rare earth oxides" to target advanced industries including electric vehicles and offshore wind turbines, said Pensana.

The application is expected to take up to three months to review.

The assay results received from soil sampling over the Coola carbonatite identified a high tenor soil anomaly up to 4.69% REO extending over a 1.3 by 1.4-kilometre area.