Norwegian mineral producer Nordic Mining plans to use electric instead of gas-fueled dryers in the production process for its planned Engebø rutile and garnet project, lowering the estimated carbon emissions from the mine’s processing facilities to zero. 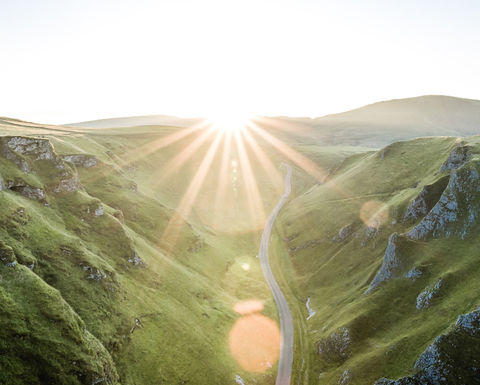 Nordic has been able to commercialize an electric mineral drying process and will update the definitive feasibility study (DFS) to reflect this, the company said, noting this will in effect make the Engebø process plant completely free of CO2 emissions.

"The change from natural gas to clean and renewable hydroelectrical power for drying  the rutile and garnet products is the most important measure we can do to minimize CO2 emissions from the Engebø project", says project manager Kenneth Nakken Angedal.

Last June, the company also revealed it had identified ways of cutting the volume of chemicals mix to be used in processing by 99%.

The company has applied to the Norwegian Environment Agency for a substitution of chemicals to be used in ore processing for the planned project, saying its new plans would have a significant environmental benefit.

Process test work has proven that the consumption of chemicals can be reduced from a previously envisaged 1,972t/yr involving six chemicals to just three chemicals totalling 9t/yr, Nordic said.

Nordic Mining acquired the rights to the Engebø deposit, which is located in Sogn og Fjordane county, in 2006. The zoning plan and environmental permits were granted in April 2015 and the DFS was published in January 2020.

An optimised business case for the project comprises an open pit mine at 1.5 million tonnes per year for 20 years, followed by underground operations for a further 13 years.

The new chemical regime would reduce its impact by 99%, according to the firm

Codelco to slash carbon emissions 70% through 2030