UK-based Bunting has delivered and installed two of its Magnetic Disc Separators for a Nigerian mineral processor to separate individual minerals such as tantalum and columbite. 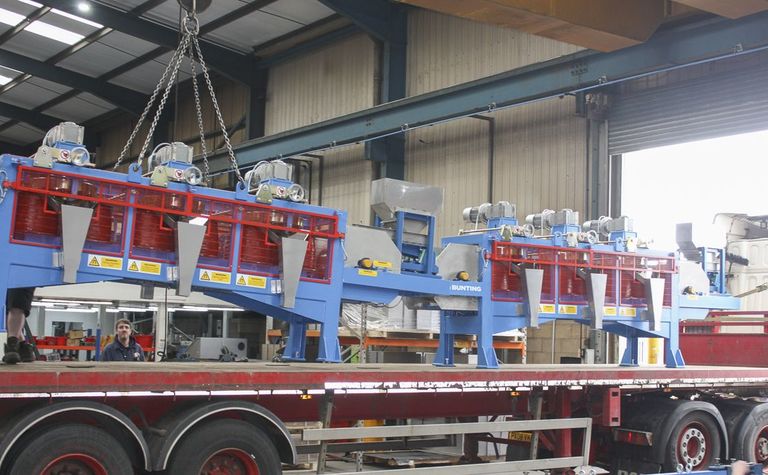 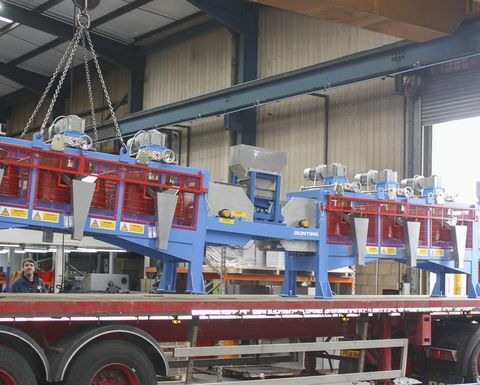 One of the model MDS 3-375 separators

The model MDS 3-375 separators were designed and manufactured at Bunting's facility in Redditch, UK, just outside of Birmingham, and are now online at the coaltan (columbite-tantalites) plant.

Bunting said the customer, which it did not identify, contacted after viewing other separators operating with success at other coaltan facilities.

"The origins of the Magnetic Disc Separator date back to the early 1900s, with subsequent design improvements following advances in material and manufacturing technology," Bunting said.

The company said that, in operation, an even layer of approximately 500 kilograms per hour of coltan raw mineral feeds via a vibratory feeder onto the Magnetic Disc Separator's 375mm-wide belt. From there, the layer passes under a permanent ferrite plate magnet that is suspended at 75mm above the belt to capture magnetic particles.

The coltan then feeds under a series of three individual spinning high-intensity electromagnetic discs, each generating different magnetic field intensities; they are positioned at an increasingly lower height above the conveyor. The magnetic intensity varies from about 10,000 Gauss (1 Tesla) to 23,000 Gauss (2.3 Tesla).

Finally, as the coltan mineral mix passes beneath the rotating magnetic disc, magnetically susceptible particles lift and deposit into a discharge chute, with each magnetic disc stage focusing on a particular magnetic mineral.

"Our superior Magnetic Disc Separator design is exceptionally popular with coltan processors due to the ability to vary the magnetic field and the manufacturing quality," GM Adrian Coleman said.

Metso Outotec will provide spares and wears for the HIGmills