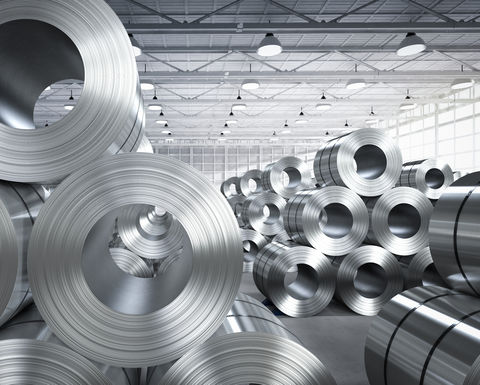 Start-up target for key Smart Carbon projects is targeted in 2022.

A demonstration plant in Hamburg that uses DRI and Electric Arc Furnace (EAF) technologies has a targeted start-up of 2023-2025, said the company in its annual report.

At ArcelorMittal Dunkirk a study has been launched to build a large-scale DRI plant, combined with an electric arc furnace.

ArcelorMittal's second pathway towards lower carbon steel is its "Smart Carbon" route which focuses on modifying the way blast furnaces are used.

It currently has " commercial-scale" trials underway that use sustainable biomass or carbon-rich waste streams - as well as carbon capture and use and storage.

ArcelorMittal added that it was also collaborating with 11 partners on a project called Siderwin to build a three-meter industrial cell which will test iron ore reduction via electrolysis in Maizières, France.

Start-up target for key Smart Carbon projects is targeted in 2022.

"The company believes that these initiatives present significant opportunities for the decarbonization of steelmaking," said ArcelorMittal, noting that it plans to target of a 30% reduction in CO2 emissions in Europe by 2030.

AML added in the report that it has now completed a revised detailed feasibility study for a US$800 million project to add 15 million tonnes of concentrate sinter fines capacity and associated infrastructure to its Liberia plant.

"AML has now completed the revised detailed feasibility study (which was updated in 2019 to apply best available technology and replace wet with dry stack tailings treatment) for building a 15 million tonne concentrator (Phase 2), with aligned mine, concentrate, rail and port capacity," the company said.

The plan is now to recommence the project in 2021, with first concentrate expected in the fourth quarter of 2023.

It noted that the project is effectively a brownfield opportunity as  85% of the procurement has already been done, with the equipment on site, and 60% of the civil construction is complete.

The DRI installation will be fully 'hydrogen-ready'.