Russia-based major Norilsk Nickel (Nornickel) is installing new electrolysis baths at its electrowinning plant on the Kola Peninsula in the Murmansk Oblast in northwest Russia. 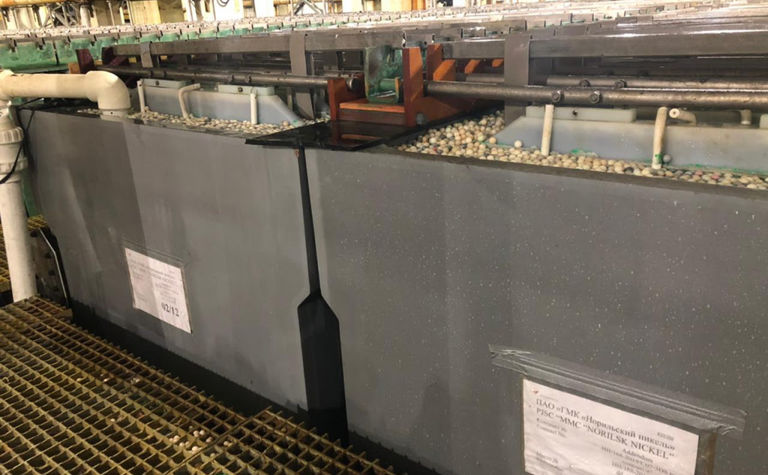 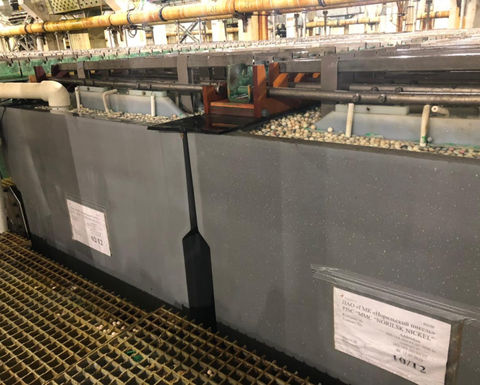 Kola MMC is investing money in a programme to address emission issues at its plants.

The company's 100% subsidiary Kola Mining and Metallurgical Co (Kola MMC) will install 60 new electrolysis baths, which have been purchased for 135 million rubles (US$1.8 million), at the plant.

The new polymer concrete baths are being installed to replace older models, which were installed in 2006-2007 and have now reached the end of their service life. According to Nornickel, the new baths have a large internal volume and are extremely durable, and will minimise the company's production losses and reduce costs.

A total of 60 replacement baths are planned, and 25 of these have already been installed at the plant. The other 35 are scheduled to be installed by October this year. Next year, the company plans to replace a further 90 baths at the nickel electrowinning plant.

In November 2020, Nornickel said it was adopting a roasting-leaching-electrowinning method at its Kola division to reduce sulphur emissions and increase production capacity. In the same month, the company reported that Kola MMC was investing money in a programme to address emission issues at its plants.

Deal includes the supply of basic engineering and equipment for the copper electrowinning plant expa...