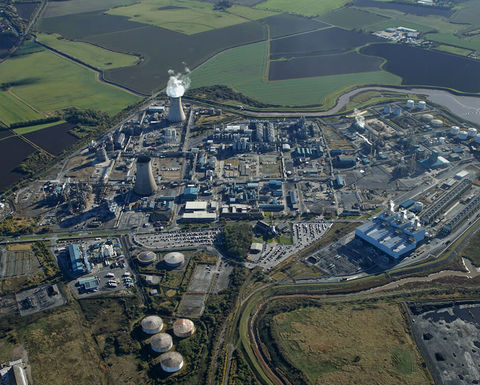 The development work follows Pensana raising £15 million (US$20.7 million) in premium equity via a share placing, which the company said was strongly supported by its major shareholders.

The rare earth processing hub will be located in the Saltend Chemicals Park in Humber, a 150ha site owned and operated by px Group that has a cluster of chemicals and renewable energy companies. The companies at Saltend can share an established infrastructure as well as services, feedstocks and utilities, which helps to drive down their costs and increase efficiency and profitability. Pensana chose the site in December 2020 as the location for its processing hub.

Pensana said that its Saltend plant will be the first major rare earth separation facility to be constructed in over 10 years, and it is also the first to be located in a freeport. The company noted that the final tax and customs regimes are being finalised for the Humber freeport, but that they are "expected to take the form of an economic enterprise zone providing a combination of benefits, enabling the rapid development of the project and frictionless trade with European and international customers."

The company has designed its plant to be easily adapted for a range of rare earth feedstocks, as it plans to establish the facility as an alternative for mining companies that may be limited to selling their products to China otherwise.

Pensana stated: "Importantly, for many miners around the world who are looking to access the European and US supply chains, it is becoming increasingly clear that the planned EU and UK carbon border taxation will mean that it is no longer acceptable for manufacturers to source material extracted or processed unsustainably."

The site at Saltend is being prepared for construction by px Group and is scheduled to be handed over to Pensana in the next few months. Some of the workstreams underway include topographic and geotechnical surveys for the front-end engineering design (FEED), and the design of external bulk supplies such as power, water, steam, fuel and reagents.

Pensana is also working closely with contractors and government officials to progress its Longonjo project in Angola. The engineering group Wood is working with Pensana on FEED for both projects, which is planned to be completed by October.

Paul Atherley, chairman of Pensana, commented: "Demands for more secure and responsible supply chains, higher prices on carbon, and policies such as the border carbon adjustments are setting the stage for greater transparency and traceability in minerals and metals - enablers of the global energy transition.

"The Humber is already the UK's busiest port complex the freeport status with its customs and tax incentives aimed at levelling up provides the opportunity to establish the world's first rare earth processing hub within an economic enterprise zone, with the benefits of frictionless trade with Europe and the rest of the world."

Company says facilities will improve supply of minerals for manufacturers