Anglo lets the sun shine in

There are now 256 photovoltaic (PV) panels floating over the Las Tórtolas pond at Anglo American’s Los Bronces copper mine, host to the world’s first-ever PV plant to be constructed over mining tailings 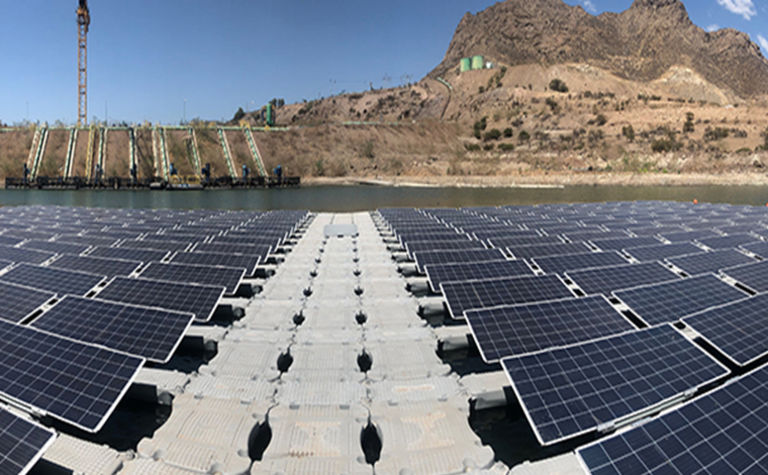 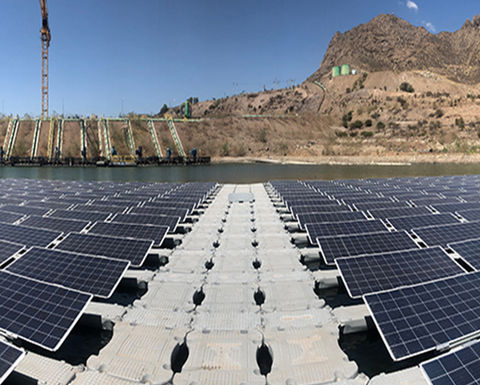 Anglo officials said the panels, which are 330W each, provide a total generation capacity of 86kW.

They are atop a floating island, connected to a service room where the energy produced will be monitored and examined daily. They are tethered to the bottom of the waterbody to help withstand even strong winds, and their construction will hold up even in harsh conditions.

The first-of-its-kind project, in addition to helping reduce water evaporation by 80% and increase recirculation in the mining process, will reduce CO2 emissions at Los Bronces by 58t per year.

It will generate a total of 150,000kWh/year of renewable electric power and reduce water evaporation in the area it covers by 80%.

Chilean mining minister Baldo Prokurica said at a recent ceremony marking the project that the environmentally sound effort places Chile "at the global forefront of mining innovation for a sustainable industry", which he called an "excellent idea" for traceability as well as efficient water utilisation.

Los Bronces operations VP Patricio Chacana added that it has made innovation a fundamental axis of its activity.

"We believe that it should be a priority to re-imagine mining, challenging the way things have always been done," Chacana said. "By actively developing new solutions and stimulating new ways of thinking and working, we move towards increasingly sustainable mining."

Anglo American is evaluating the plant this year to decide whether it will pilot it at a larger size plant.

Prokurica called the project a model to follow, Reuters reported.

"I hope that, in practice, it extends to other [mines] in the country," he told the news service. "It's an excellent alternative for generating energy and making better use of water."

Los Bronces, located 65km outside of Santiago, is situated at an elevation of about 3,500m. It produced 370,000t of copper last year.

Tool lets water cart operator refill at the standpipe without having to leave the cab.