WEG Automation Africa and WEG Transformers Africa, part of Zest WEG Group, have helped put DRDGold’s Far West Gold Recoveries project in South Africa into high gear by aiding with the commissioning of a containerised substation and control room solution for the first phase of the tailings site 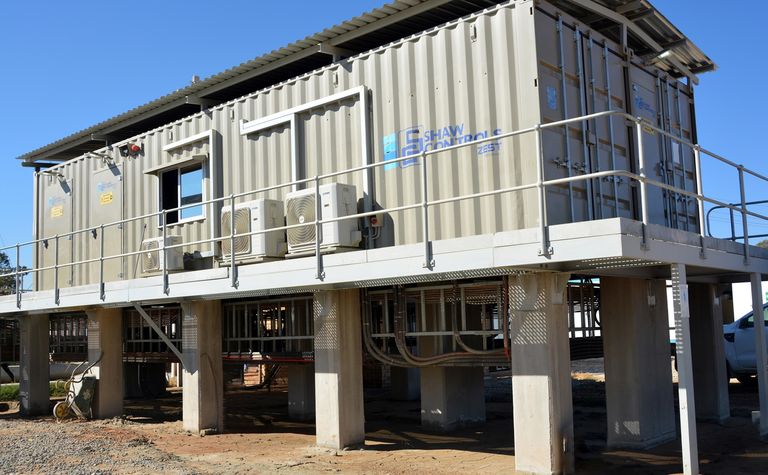 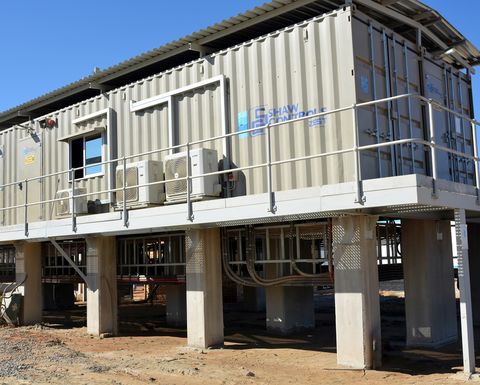 The development of Far West Gold Recoveries project's Phase 1 tailings site first began in August 2018, with first commissioning in last December. The electrical portion was supplied ahead of the mechanical aspects to expedite the project in what Zest WEG Group called an "unusual step" for such a project.

"At the tailings facility, the customer required a medium-voltage (MV) substation, a low-voltage (LV) substation and a control room," WEG Automation Africa business development manager for projects and contracts, Tyrone Willemse, said. "This was accommodated within a double-container structure, which also included a room to house all the free-standing variable speed drives (VSDs) and uninterruptible power supplies (UPSs)."

Once at the site, the container was mounted on a concrete plinth with 2.5m pillars elevating the structure, giving the control the best visibility, and a comprehensive fire-detection system was installed as heat losses were also factored into the design.

Willemse added that it was also seeking a way to reduce the substation's footprint. This was achieved with free-standing VSDs.

"Had the VDS configuration been a conventional design these units would have been incorporated in panels and we would have needed an additional container," he said, noting that the VSDs have been placed against the container wall and are entirely isolated from exposed conductors.

"Cooling capacity had to be increased to accommodate the harmonics, and flux density is also reduced," WEG Transformers Africa sales team leader Stuart Brown explained. "The WEG transformers are built to SANS 780 specification, which stipulates losses even lower than the global IEC standard."

The tailings recovery project is projected to realise 500,000 tonnes per month of pumped material via a new 2-kilometre pipeline from the Driefontein 5 dam to the Driefontein 2 plant.

Fabrication of all MCCs and the adaptations to the container were undertaken by WEG Automation Africa at its facilities in Robertsham, Johannesburg and Heidelberg.

WEG Automation Africa was formerly known as Shaw Controls, but recently changed its name to align with the global strategy of parent company WEG.