Atlas Copco has launched a compact range of lithium-ion energy storage systems that can deliver small-medium power as a standalone or hybrid power solution. 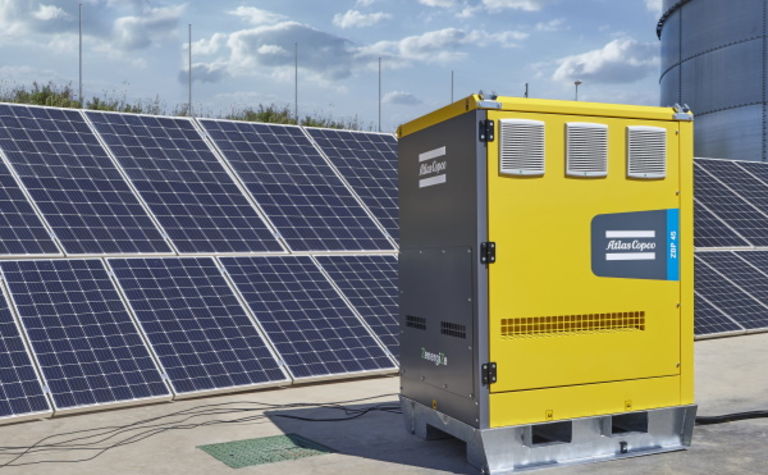 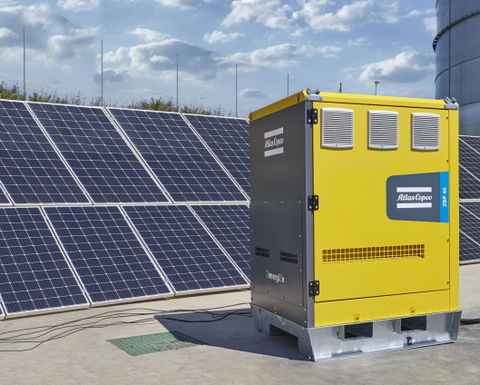 Used in the island mode, the CO2 savings can reach up to 100%

The firm's new ZenergiZe storage system has a footprint of just 1.4 m2, and the two models in the launch range offer rated powers of 15kVA and 45kVA, as well as energy storage capacities of 45kWh.

The size reduction - the storage system is 70% smaller and lighter in weight than traditional standalone generators - is achieved by the use of high-density lithium-ion batteries.

"Advances in lithium battery technology mean that we are now able to deliver a product with the high reliability that our customers have come to expect from us," said Barbara Gregorio, product marketing manager.

In its hybrid mode, a ZenergiZe unit in combination with a QAS80 generator can reduce fuel consumption by up to 50% over 12 hours. A ZenergiZe unit only emits 50% of the emissions of a standard standalone generator, said the company.

When used in the island mode as the primary source of power, the emissions reductions can reach up to 100 percent if the unit is powered by renewable energy sources.

The system enables smart load management by helping the generator reach peaks of power. This optimises the generator's performance and extends its lifespan, while also allowing its size to be reduced by 40%.

The company noted that in low load applications, a ZenergiZe unit can provide the required power for more than 12 hours without needing to be recharged, and that recharging takes only 1.5 hours.

The 100 MWh Battery Energy Storage System will be Belgium's largest.

2018: the year of electric vehicles