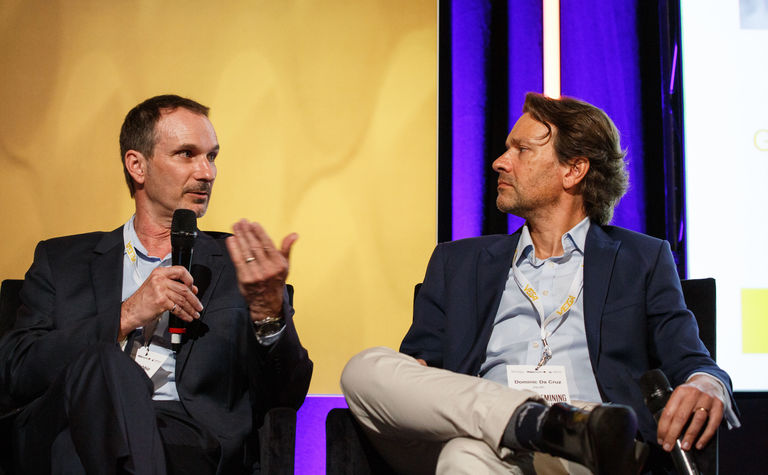 They were told there were several candidates competing to be the low-carbon energy system of tomorrow for mine sites, and that in recent years miners started adopting alternative and renewables energy sources around the globe.

"Renewables and storage are good, but there is ‘last lap' needed to generate the power that mining needs. "A green molecule is preferred for that last lap," Da Cruz said, highlighting the promise of renewable diesel.

However, attendees also heard it would be important to rethink systems and structures, and take a longer-term view, when designing greenfield sites.

Strategy Focused Innovation director Fred Delabbio said pumped hydro was a better storage option for many mines when compared to battery, and there were small nuclear reactors - 300 megawatts or less - with great potential.

He said progress should be reflective of what has been done in the past - the accrued knowledge, noting an all-electric mine was built in Canada in the 1960s.

"This is not a technology problem," Delabbio said.

"Open-pit mines move a lot of waste material - so we should look carefully at associated mining methods, how we are moving material," she said.

"The trucks in these mines only effective 50% of the time as the other half of the time they are travelling empty. We must look at changing the entire system, not take a band-aid approach."

Ash said running simulations of a mine's future power requirements, and involving community and government stakeholders in those simulations, would increasingly be essential to future-proof mines planning to achieve "net-zero".

Magnetite Mines chief development officer Stephen Weir cautioned that the capital requirements of miners had to be taken into account when making lofty emissions goals.

"Our company is configuring a deep mine at the moment - the constraint is capital and its serious," he said.

"It is very important that there is a realism to what can be done."

Weir said in his company's case it had benefitted from "amazingly cheap power that is possible thanks to Australia's high renewables penetration.

"The issue is the amount of diesel to still needed to mine."

Ash said in cases such as that, where capitalisation was the issue, governments could have an important role to play, while adding that different investors could recapitalise and support activities.