Ian R. Coles, head of Mayer Brown’s global mining group, looks at some of the themes and challenges that mining companies have faced when addressing decarbonisation Mining activity - particularly in a project's exploitation stage - is a huge consumer of energy resources. As with any other industry, and as part of a responsible sustainability policy, mining companies are under considerable pressure from shareholders, governments, non-governmental organisations (NGOs) and other stakeholders and interested parties to reduce reliance on carbon-based energy sources.

In addition to carbon footprint considerations, the sourcing of energy supplies for mining projects also has significant cost implications. Energy costs for the mining industry are only going to increase in the future. A report produced by the Columbia Center on Sustainable Investment estimated that, as a result of increasing demand for minerals and declining ore grades, the demand for energy from the mining industry would increase by 36% by 2035.

Many mining projects are ‘stranded'. They are located in remote areas in emerging markets with limited infrastructure, in particular easy access to reliable transportation such as roads and rail. Quite frequently there may also be no access to a power grid to enable the supply of electricity. This is going to be an increasing issue as almost by definition those projects with easier logistics have already been developed, leaving the remainder to be developed now or in the future. Without access to a power grid, energy supply options in the past have been limited. Portable generator sets powered by diesel have been the usual solution. Even without the considerations imposed by global warming this was - and continues to be - an expensive solution, particularly where supply chains for fuel are extended and subject to interruption.

Renewable energy therefore offers a solution that is both environmentally preferable and cost-efficient. Over the past couple of years, the declining cost of producing renewable energy - for example as a result of the significant reduction in the price of solar panels - has only served to enhance the advantage. This decreasing cost of renewable power is a compelling factor in an industry where energy costs can account for around 15% of total project operating costs (substantially more than this in the case of metal mining projects). A report produced by THEnergy-Voltalia in February of this year came to the conclusion that those mining projects in Africa (ranging from South Africa to Mail and Eritrea) with installed renewable capacity and located in remote locations had experienced resulting cost savings of 30% or more.

The two most frequent sources of renewable energy for the mining industry are wind and solar. Obviously the first consideration is whether either (or both) are available. Solar in West Africa and parts of LatAm is self-evidently a reliable source. Wind may not be, but it may be a solution in, for example, Scandinavia or for those projects now being developed in the UK and Ireland. Australia in particular is well placed to benefit from the increased use of renewable energy as it is judged to be in the top three countries for both wind and solar resources. In Scandinavia and elsewhere (for example Brazil) hydro may also be a possible alternative. Hydro, however, involves more complexity than the development and construction of a wind or solar plant. This is usually as a result of the extensive permitting process which can apply to the use of a water resource. On the plus side, hydro projects generally have a longer producing life than a wind or solar option Where renewable energy supplies are limited or subject to factors gthat just cannot be circumvented (for example, the availability of solar during the night hours) then a hybrid plant, including the use of carbon fuel alongside renewable sources could offer an alternative. Emerging battery technology with an increased ability to store previously generated renewables energy may present a significant future development in connection with this issue. 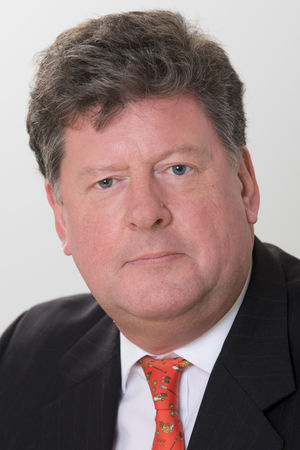 The cost of investing in renewable power sources as an alternative to existing diesel-powered generator sets has on occasion been cited by mining production companies, particularly those with a project coming towards the end of its viable commercial life, as a reason not to change. However, the cost can now be mitigated through the availability of leasing options from certain equipment providers In some regions power might be capable of being purchased from a renewable plant serving multiple users in much the same way as electricity generated from carbon-based resources (this has occurred, for example, in Chile with several of the mines operating in the high Atacama desert). Some mining companies, which have projects in regions benefitting from substantial wind and/or solar availability, have built plants with excess capacity to their own needs with a view to selling the excess to other projects located nearby that might not have the financial resources to develop a renewables option. Creating this excess capacity and placing the same into a grid for purchase by others can help to finance the installation of the capacity in the first place. Mining projects are frequently located in areas where land is cheap, so the substantial surface area needed for a large solar or wind farm need not be a financial obstacle. Swapping metal production for power supplies has also been a financing option pursued by some. Increasingly banks - particularly those keen to embellish their green credentials - may be willing to finance the construction of a renewables plant on a standalone basis.

Various DFIs (development finance institutions) and similar institutions are encouraging the use of renewable power in mining projects. Both these and other finance providers may in fact make the use of renewable power a condition to the availability of finance. As recently as May 1 of this year the World Bank announced its ‘Climate-Smart Mining Facility'. The press release accompanying the launch of the US$50 million fund stated that the facility was "the first-ever fund dedicated to making mining for minerals climate-smart and sustainable". Specifically, the facility is intended to support clean energy technology such as wind and solar projects, as well as battery storage and the development of electric vehicles. The need to mine for battery metals such as lithium, cobalt, nickel and copper is of course somewhat ironic and only serves to ensure greater focus on the use of renewable energy in mining.

The use of renewable energy in mining is very much on the radar screen of many NGOs. It is likely that the current version of the Equator Principles - a voluntary code applicable to the financing of projects - will be the subject of a review process during the course of this year. A note produced by a collective of 45 NGOs and similar bodies in October 2018 observed that the current version of the Equator Principles contained limited obligations on sponsors to ensure that projects limit their impact on climate change. The note went on to demand that any revision to the principles include "… stringent and binding criteria for all projects to be considered under the Equator Principles framework to be fully alligned with [the goals of the 2015 Paris Agreement]".

The use of renewable energy in mining projects is in its infancy. The database maintained by the Rocky Mountain Institute records renewable energy projects at only 64 mine sites across 23 countries, with a total installed capacity of 1,181.2MW (with a further announced capacity of approximately the same number). However, renewable energy is now moving from the position of being a complement to carbon-based power towards being a prominent, if not  predominant, source. This is a development that has the beneficial result of satisfying both those concerned for global warning and other environmental challenges and those finance teams concerned with profitability - a most unusual and encouraging intersection.