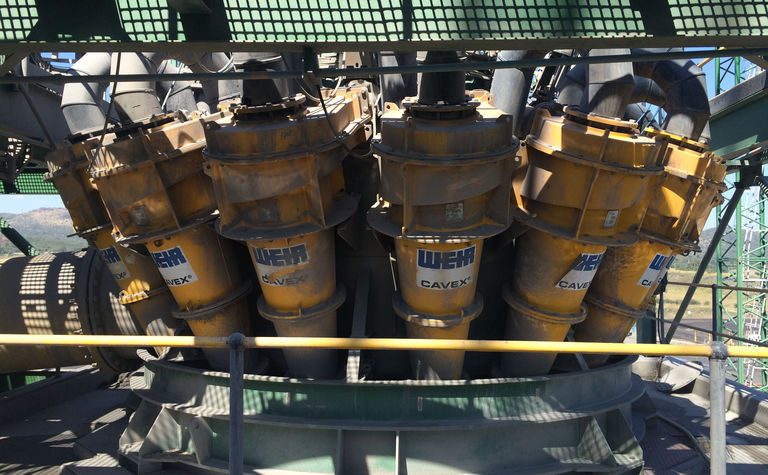 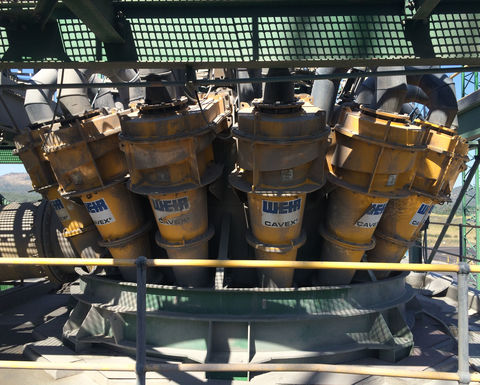 PRESS RELEASE: Changing to the Cavex hydrocyclones allowed the mine to recover an additional 98oz of platinum group metals (PGMs) each month, giving an additional annual revenue of some US$800,000 – almost R11 million. With this improved performance, Tharisa’s payback period for the cluster of new units was just 29 days.

The Tharisa mine, in production since 2009, produces metallurgical grade PGM concentrate and chemical grade chrome concentrate from a shallow open pit operation. It had been using conventional 510mm flat-bottom cyclones fitted onto their secondary mill circuit cluster. However, according to the mine, these cyclones were cutting too coarse, were inefficient and were experiencing a low mass split to underflow.

The mine’s objective was to allow the secondary mill circuit to improve mass pull to the underflow and produce a much finer cyclone overflow material reporting to downstream flotation and spiral circuit. By providing a finer feed material to flotation and the spiral circuits, PGM and chrome recovery increases significantly. Using the data supplied by the customer, Weir Minerals generated a mass balance simulation, highlighting the performance capability of its Cavex 500CVX hydrocyclones. These units have a 360° laminar spiral inlet that reduces turbulence within the hydrocyclone, improving performance and classification. 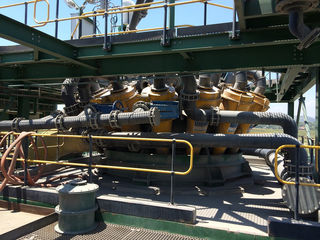 In an initial trial, Tharisa mine installed a single Cavex 500CVX hydrocyclone on site, retrofitting the unit onto the existing competitor cyclone cluster. It then conducted a sample analysis, comparing the performance of the Cavex hydrocyclone to that of the competitor cyclone. The data from this trial confirmed that the Cavex unit outperformed the incumbent competitor’s cyclone.

Once the results of the first trial were made available, the competitor was offered another trial opportunity to make adjustments that would improve its equipment’s performance. To do this, it modified one of its on-site cyclones by installing an angled conventional cone section onto the flat-bottom cyclone, intending to sharpen the cut point and improve efficiency. 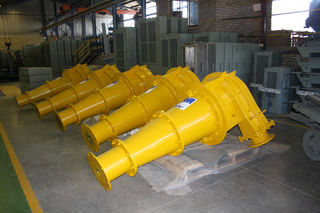 In a second sampling campaign undertaken by the mine, the performance of the Cavex 500CVX hydrocyclone was compared with both the competitor’s original cyclones and its newly modified cyclones. The Cavex unit again outperformed both competitor cyclone models, showing a significantly reduced level of +75 micron material reporting to the overflow. This result highlighted the benefits of the 360° laminar spiral inlet.

As a result of the tests, Tharisa Minerals decided to remove the installed competitor cyclones on its secondary mill 13-way cluster and replace these with Cavex hydrocyclones. This has contributed to the mine’s vision of being a low cost producer with significant resources on the Bushveld complex, which is host to over half the world’s platinum, chrome, vanadium and refractory minerals.

Tharisa, Total Eren to power mine with solar