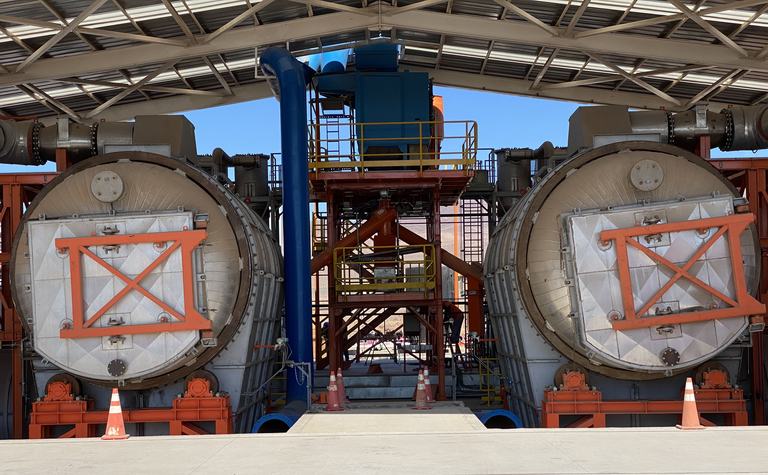 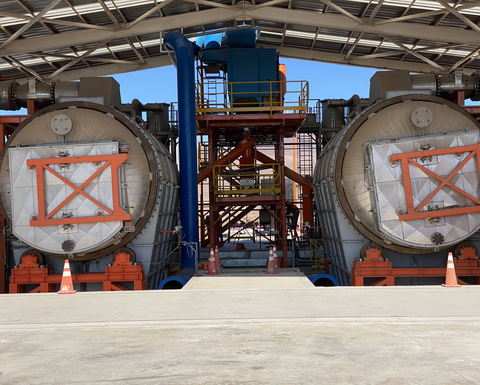 Kal Tire said one of two thermal conversion reactors has successfully completed commissioning and is now undergoing the full load tests to process an initial 20,000 kg of tires - the equivalent of five 63" tires.

The tires will be converted into 6,500 litres of alternative fuel, 4,000 kg of steel and 8,000 kg of carbon black, with synthetic gas also produced that can fuel the plant for seven hours.

"There have been many learnings to get to this stage, but we wanted to ensure we were building a recycling facility to the highest standards," he added.

The 20,000 m2 Antofagasta plant consists of an area to inventory scrap tires, cutters to reduce them in size, two reactors, oil storage tanks and carbon storage.

Due to the temperatures at the plant, a large water reservoir and numerous water cannons were installed along with infrared sensors and a special fire encapsulation ingredient.

Kal Tire began the process of studying, engineering and building the equipment in 2015.

"To have the first reactor successfully commissioned is a significant achievement because it means we can now confidently work toward full operation for our customers, who have been very supportive of this project," says Pedro Pacheco, vice president operations, Latin America.

"In particular, Antofagasta Minerals S.A. and Minera Los Pelambres have been very supportive and have initially provided us with more than 2,300 tons of scrap tires, becoming the first mining company in Chile to recycle their ultra-class mining tires with us".

Existing piles of scrap tires are the responsibility of mines, and given the size and maturity of mines in Chile—a world leader in large-scale open-cast mining—there are many tires awaiting this step.

Organisations will collaborate on commercialization and expansion of recycling technology