Building A Mine And A Community

Since gold was discovered in Nevada’s Big Smoky Valley in Nevada, the mine, the community and the local Cat dealer have depended on one another for success. 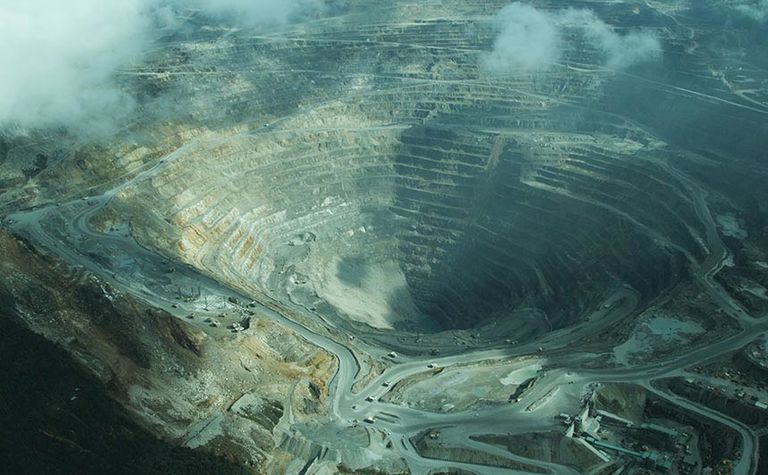 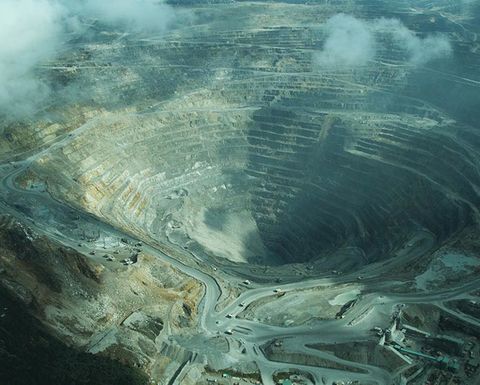 Residents of Big Smoky Valley in Nevada, USA, can’t describe where they live without mentioning Round Mountain Gold Mine. Located in one of the richest gold mining jurisdictions in the world, the mine is responsible for the community’s very existence. Since gold was discovered in the early 1900s, the mine and the community have depended on one another to survive. And for several decades, that interdependence has included Cat® dealer Cashman Equipment.

When Round Mountain Gold Corp. (RMGC) went through a major expansion in 1987, Cashman became a partner to the mine, providing a fleet of large mining trucks and entering into a service contract that is still in existence today. The partnership fostered the opening of Cashman’s Round Mountain location.

Cashman Equipment has been the Cat equipment dealer throughout the state of Nevada since 1931, when it was founded to provide Cat tractors to the crews building the Hoover Dam. The company has been family-owned and operated for three generations and has expanded to include multiple locations through Nevada and eastern California.

“Cashman has evolved into far more than a contracted business; it is an integral part of our mine and community,” reports The Valley View, a newsletter published by Round Mountain Gold Corp. for its employees and the community of Round Mountain.

RMGC is operated by owner Kinross Gold, using conventional open-pit mining methods and processing ore by mill and heap leach. One of Kinross’ best-run mines, the company continues to advance initiatives to optimize the operation and potentially extend estimated mine life.

Round Mountain is one of the largest commercial mines in the world, and has production that has resulted in well over 10 million troy ounces of gold being produced from the region.

Discovered in 1906, the first six decades of mining the deposit consisted of standard lode mining using underground tunnels to follow the rich gold veins scattered throughout the area. The underground systems reached their limit in the late 1960s, when high operating costs made it unfeasible to continue.

A commercial mining venture took over the area in 1977 and converted it to open pit, making it possible to profitably extract even more gold and take advantage of the long life of the mine. An expansion in 2010 increased the width and depth of the mine and developed roads to allow ore from the nearby Gold Hill mine to be processed in the plant at Round Mountain.

The equipment fleet at Round Mountain includes a large number of Cat machines, from small skid steer loaders to a Cat 6060 Hydraulic Shovel — the largest piece of equipment at Round Mountain mine. While Cashman is not responsible for the maintenance on all of the site’s machines, the dealer is an integral member of the maintenance team and serves as a trusted resource for technical support.
Round Mountain’s Bert Mavity, mobile maintenance superintendent, relies on the knowledge provided by the Cashman team. “We work side-by-side with them and draw on their technical experience,” he says.

The Cashman team has responsibility for full support of the mine’s approximately 30 Cat trucks, some of which are more than 20 years old and still producing for Round Mountain.

“Cashman’s diligence over the years has been elemental to extending the performance lives of those pieces of equipment,” the newsletter reports.

Cashman’s location on the mine site helps keep equipment running no matter who is performing the maintenance. “Because they are on site, parts are acquired quickly, which helps us reduce downtime on equipment,” says Mavity. Cashman also serves as a technical resource to develop Round Mountain employees on the support of any new Cat equipment purchased from the dealer.

In addition to being a partner in equipment support, the Cashman team also joins the mine in developing a strong safety culture. Cashman employees have not experienced a reportable safety incident on the site in two years, and the dealership’s last lost time incident on site was 13 years ago.

Because everyone on site shares a commitment to the mine’s success, it’s sometimes difficult to tell the difference between a Cashman employee and a Round Mountain employee.

“When we work with Cashman, it’s not like working with a separate company,” says Neil Jensen, mine manager. “It’s working with another department of Round Mountain Gold. We mutually benefit from one another’s business.”

Today, hundreds of workers are employed in mining operations at Round Mountain. The majority of the mine’s employees live nearby in the communities of Round Mountain, Hadley and Carvers.

About 40 Cashman employees work on site at RMGC, and many live in the nearby communities. John Eversgerd, a Cashman operations manager, has been working in Round Mountain since 1994, starting his career at RMGC and witnessing firsthand how Cashman has developed into a vital member not just of the mine site team but of the community itself.

“Our families are here. My daughter graduated high school here. Several of our employees were born and raised in Round Mountain, and this is home for us,” says Eversgerd. “We strive to be a value-added partner in Round Mountain’s success.”

Cashman and its employees are active members of the Round Mountain community, sponsoring the schools, contributing to foundations, and supporting numerous other community events and causes.

Recently, the dealership partnered with Nye County to provide maintenance services on the local emergency response service vehicles, improving the reliability and performance of the local ambulance fleet.

“Cashman is a valued supporter of the Smoky Valley Ambulance service,” says Richard Musselman, the area’s district Emergency Medical Services chief. “Having the support of our local businesses is what keeps our volunteer service thriving.”

“They are our neighbors, friends and family,” says RMGC in its newsletter. “Round Mountain is their home, and we’re glad they’re a part of our community.”