A team from Cambridge University in the UK is investigating the possibility of using mine waste to trap carbon dioxide, locking it out of the atmosphere 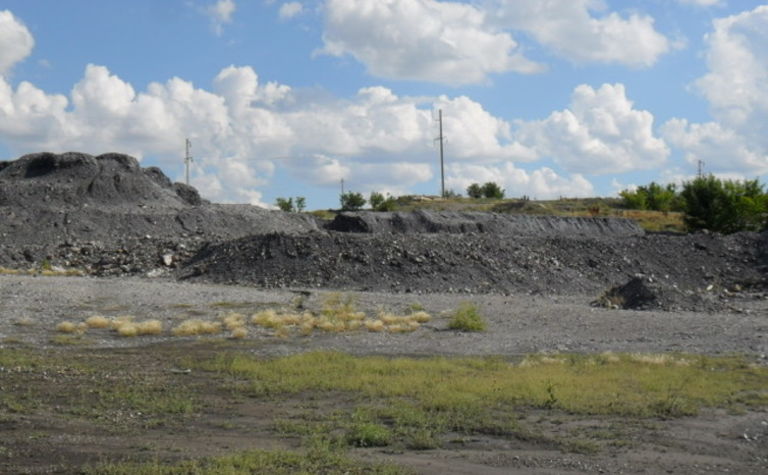 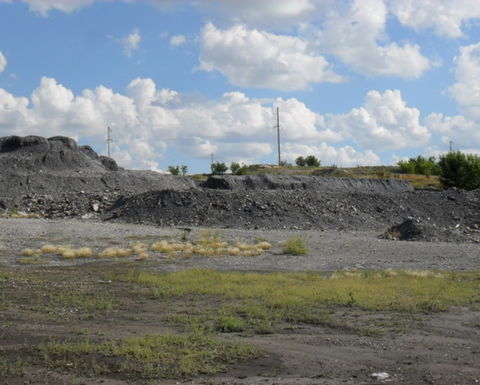 Overburden tips at a gold mine in Kazakhstan

“The Paris Agreement commits nations to limiting global warming to less than 2˚C by the end of the century. However, it is becoming increasingly apparent that, to meet such a massive challenge, societies will need to do more than simply reduce and limit carbon emissions. It seems likely that large scale removal of greenhouse gases from the atmosphere may be called for: so-called ‘negative emissions’,” team leader and professor in Earth Sciences, Simon Redfern, wrote in a recent online article.

“One possibility is to use waste material from mining to trap CO₂ into new minerals, locking it out of the atmosphere. The idea is to exploit and accelerate the same geological processes that have regulated Earth’s climate and surface environment over the 4.5 billion years of its existence.”

Across the world, mining operations have left behind significant piles of overburden, and often this is stored in dumps alongside tailings.

Redfern explained: “A lot of energy is spent on extracting and crushing all this waste. However, breaking rocks into smaller pieces exposes more fresh surfaces, which can react with CO₂. In this sense, energy used in mining could itself be harvested and used to reduce atmospheric carbon.”

The project is one part of the four themes in a new £8.6m research programme launched by the UK’s Natural Environment Research Council, which will investigate new ways to reverse emissions and remove greenhouse gases from the atmosphere.

“The process we want to speed up is the ‘carbonate-silicate cycle’, also known as the slow carbon cycle,” wrote Redfern. “Natural silicate rocks like granite and basalt, common at Earth’s surface, play a key part in regulating carbon in the atmosphere and oceans by removing CO₂ from the atmosphere and turning it into carbonate rocks like chalk and limestone.

“Atmospheric CO₂ and water can react with the silicate rocks to dissolve elements they contain like calcium and magnesium into the water, which also soaks up the CO₂ as bicarbonate. This weak solution is the natural river water that flows to the oceans, which hold more than 60 times more carbon than the atmosphere. It is here, in the oceans, that the calcium and bicarbonate can recombine, over millions of years, and crystallise as calcite or chalk, often instigated by marine organisms as they build their shells.”

Rivers deliver hundreds of millions of tonnes of carbon each year into the oceans, but this is still around 30 times less than the rate of carbon emission into the atmosphere due to fossil fuel burning. Given geological time scales, these processes would help return atmospheric CO₂ to its normal steady state. However, CO₂ emissions from industrialisation have unbalanced nature’s best efforts.

The natural process takes millions of years, but Redfern’s team is investigating if this timescale can be cut down to decades. The group will look at ways of speeding up silicate minerals from pre-existing mine waste being dissolved into water, and expect they may even be able to harness friendly microbes to enhance the reaction rates.

Another part of the same project, conducted by teams Oxford, Southampton and Cardiff, will study how the calcium and magnesium released from the silicate mine waste can react back into minerals like calcite, to lock CO₂ back into solid minerals into the geological future.

“Whether this can be done effectively without requiring further fossil fuel energy, and at a scale that is viable and effective, remains to be seen. But accelerating the reaction rates in mining wastes should help at least some way towards reaching our climate targets,” Redfern concluded.

BHP bunkers down with Shell