Monitech Mining Monitoring Systems, in response to an initiative by Sasol Mining in South Africa to place a regulatory compliant proximity detection system (PDS) at its underground operations, recently installed, commissioned and trained staff on the use of its new technology 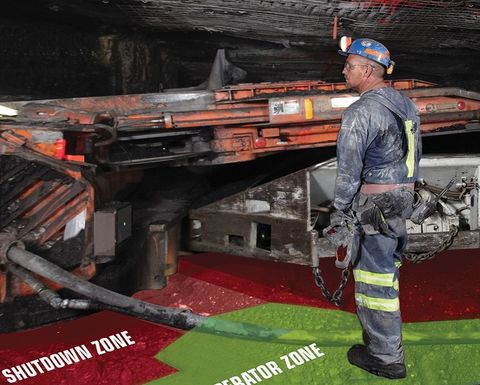 PRESS RELEASE: Monitech, which reported that the lengthy project was completed in good time, noted the heart of the issue was the placement of a PDS for Sasol that would be in compliance with impending regulations from the Department of Mineral Resources requiring integrated systems on underground trackless mobile machinery (TMM).

The supplier was tasked with another tall order, according to Monitech chief sales and marketing officer Nick Murray: “Integration of the system had to be timeously completed with minimal impact on mining operations,” he said.

From there, it went to work with fellow project stakeholder Matrix Design Group, to bring the turnkey project to fruition, including the Matrix IntelliZone proximity detection system and integrated cap lamp locators (CLLs) for all underground personnel. Both have been fully DMR approved for use in the South African mining sector.

While the project’s initial timeline was to be one year, using a mid-2016 start time, though the schedule was forced to be reduced significantly by the incoming regulations. Thanks to cooperation by all involved, including a Monitech team of 20, the new and shorter timeline was met.

“The shrinking project time lines were very well managed by Sasol’s program managers and our qualified underground staff, whose initiative on the project was second to none; the work changes were received and resolved with enthusiasm,” Murray said.

He noted that the success of Sasol’s project was realized because of companies’ shared commitment to improving personnel safety and Monitech’s commitment to excellence in its product and service.

“By establishing and maintaining long-term and mutually beneficial partnerships, this project brings us one step closer to our vision of zero harm in the mining industry,” he said.