A new report from Australian employment search website SEEK has unveiled a 12% increase in job advertisements listed on its site since last September, and that growth has been led by mining industry positions 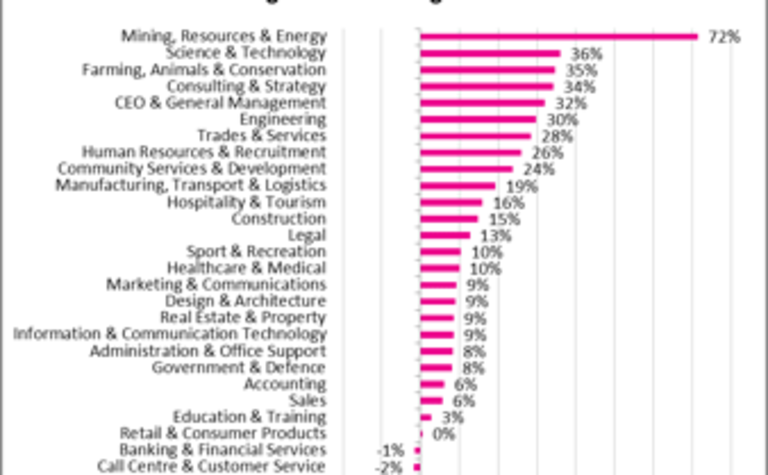 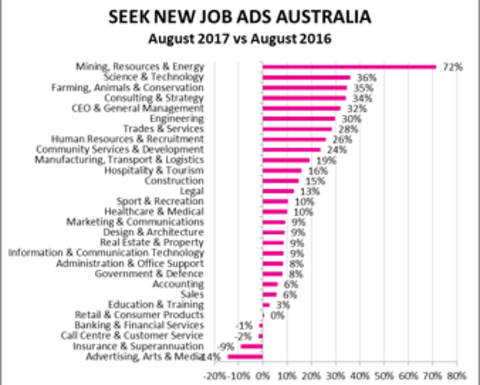 The increase, SEEK chief commercial officer Endra Banks told Perth Now, is usually led by trades and services along with other industries such as communication technology and the healthcare/medical field.

Last month, she outlined, mining, resources and energy saw a 60% year-on-year jump while trades and services, up 27% over the same period, had the greatest volume.

“This (overall) growth in September was off a high base after advertising on SEEK this August returned to the highest levels seen since 2010,” she said, adding that the country’s labour market is trending favourably – good news for the country’s job-seekers.

SEEK also found that every Australian state and territory saw an increase in job ads on its site versus the same month last year; leading the pack was South Australia with a rise of 22.6%, followed by Western Australia at 17.8%.

It is the ninth consecutive month for growth in mining, resources and energy, the job-seeking site noted, with the most in-demand positions being mining engineering, maintenance, operations and health/safety/environment.

In August, numbers were so positive it confirmed that it recorded the country’s best conditions for those looking for work since 2010.

“While off a low base, the mining, resources and energy industry continued to have the greatest job ad growth of all industries on SEEK, up 72% y/y this August,” managing director for SEEK Australia and New Zealand Michael Ilczynski said at the time.

“The pick-up of exploration activities by mining companies, especially in Western Australia [WA], after cutbacks over the past few years, is driving job advertising growth on SEEK across the mining, resources and energy industry.”

Formula for success with Geographe