What are the key energy challenges for remote Canadian mines? What is the impact of carbon pricing on energy choices for mines? What solutions are mines exploring? Robin Goad, president and CEO, Fortune Minerals, provides insight on these key questions for mining leaders 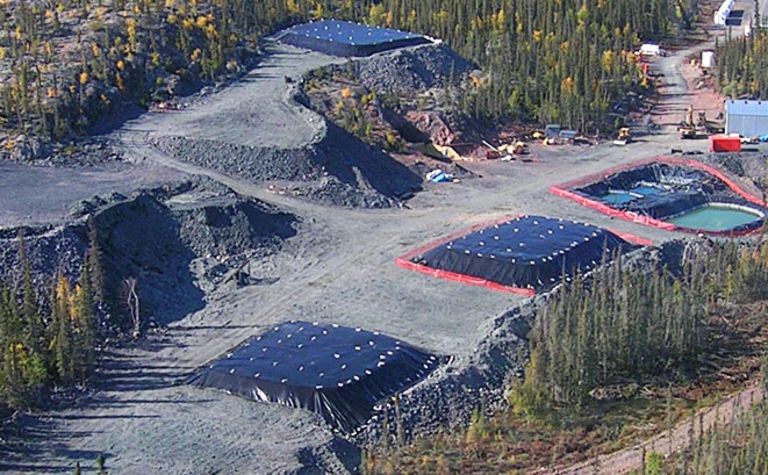 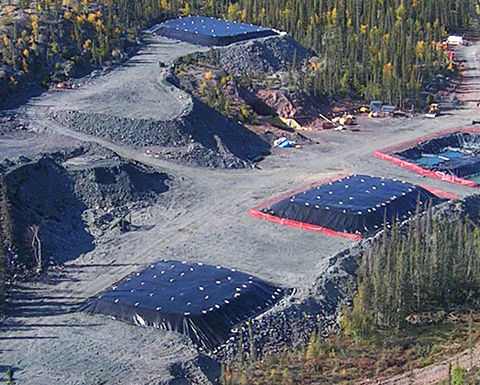 Aerial view of the NICO site during test mining

Fortune Minerals is a North American development-stage mining company and past producer. The company is currently focused on developing the vertically integrated NICO cobalt-gold-bismuth-copper project, comprising a proposed mine and mill in Canada's Northwest Territories that will produce a bulk concentrate for shipment to a refinery it plans to construct in Saskatchewan. The company will be a reliable producer of cobalt sulphate which is used in lithium-ion rechargeable batteries.

President and CEO Robin Goad is a professional geologist with 30 years of experience in the mining and exploration industries. In this article, first published in the Energy and Mines newsletter, he provides an overview of the energy and carbon challenges and costs of diesel-reliant mines in Canada's North and some of the solutions being considered, including liquefied natural gas.

What are the key energy challenges facing remote Northern mines?

Robin Goad: Canada's North is a unique high-cost jurisdiction and issues related to the North have been factored into the design of Fortune Minerals' NICO cobalt-gold-bismuth-copper project.

Mines in Canada's North are typically remote, as compared to similar projects in southern Canada and other jurisdictions, and encumbered by a serious infrastructure deficit which increase capital and operating costs and raise the threshold for economic viability.

Mines in remote northern areas commonly fund the construction and maintenance of their own energy and transportation systems, the camp facilities to accommodate workers, as well as additional warehousing and fuel storage needed to mitigate intermittent bulk materials access and long supply chains.

Diesel power plants typically have capital costs of approximately C$1,000,000/MW, and operating costs of about 25-30 cents per kilowatt-hour (kWh), exclusive of development and sustaining capital, and with the range depending on the supply chain for the procurement and transportation of fuel.

What energy options you are currently exploring for NICO?

NICO is a vertically integrated project, comprised of a mine, mill and concentrator in the Northwest Territories (NWT) and a hydrometallurgical refinery near Saskatoon where concentrates will be processed to higher value products. 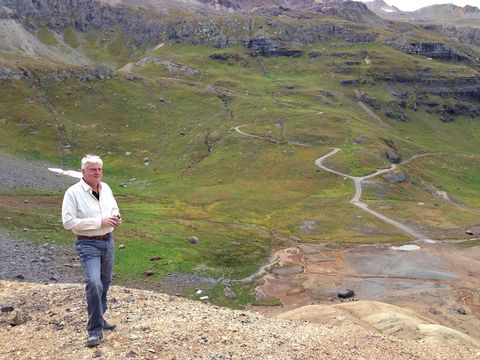 One of the main reasons why the refinery was relocated to Saskatchewan was to reduce the impact of high energy costs and ensure access to reliable lower-cost power for half of the project's energy demand.

Electricity costs in the Northwest Territories are about five times the cost of power in Saskatchewan and this is also exclusive of the capital required to build an independent power supply needed by remote mining projects. NICO is only 22km from the Snare Hydro complex, which provides electricity to the City of Yellowknife. However, Snare has insufficient surplus power to accommodate our load demand and electricity prices in the NWT are derived from a blended rate determined by averaging hydro with the costs of operating diesel plants in remote communities.

Fortune Minerals is working with the Northwest Territories Power Corporation (NTPC) and other companies on a new LNG power system at the NICO site to supply power and waste heat for the mine. It might also include a connection to the Snare Grid in order to take advantage of surplus hydro power when it is available during off-peak periods of the year and reverse the flow of electricity when hydro is deficient in the grid during winter months.

What is your view on the impact of carbon pricing on energy choices for mines?

The imposition of carbon taxes will regrettably be very punitive to northern mining sites where there are little or no viable alternatives to fossil-fuel based energy systems. This will add several million dollars to the annual operating costs of remote mines.

Fortune has completed trade-off studies for energy supply by diesel, LNG and connecting to the electrical grid and has determined that carbon taxes are highly punitive no matter what energy system is used.

Carbon taxes are being imposed to change behaviours in the way we generate and use energy.  However, when there are no viable alternatives in an already high cost jurisdiction that has to compete in a global economy, this just becomes another cost of doing business, which, as a price taker, we cannot pass on to our customers.

How do you see the ideal energy mix for the mine of the future?

The best alternative for mines to source their power requirements is a connection to a nearby electrical grid where power is supplied from a utility with a balanced and efficient energy supply.  Remote mines in Canada's North will always be encumbered by higher energy costs due to the infrastructure deficit and paucity of grid power.

Hydrocarbon-based systems are currently the most efficient. Natural gas is a less expensive and viable alternative to diesel but requires 12-month reliable access from roads or navigable water for their procurement and delivery. Cryogenic storage is required for LNG use and the gas will dissipate over time, which necessitates frequent recharge.

Small modular nuclear fission reactors have been designed by a number of companies that are reportedly safe and operate with fuel packs that are designed to last the life of the project and subsequent removal during decommissioning. These reactors would be ideal for remote mining sites, however, the permitting time and permitting risks would be unacceptable as a viable option to design a power supply upon.

Renewable energy is becoming more competitive with hydrocarbons such as wind, solar and biomass, and will likely become part of the mine energy mix in the future. Critical for this to occur is the recent development of reliable lithium-ion battery packs for back-up power, enabling renewable energy to be used as baseload. Otherwise wind and solar are not practical with intermittent wind and solar availability.

Notably, stationary storage with batteries has enabled solar to be used as baseload for one of the Hawaiian Islands. Battery packs for off-peak charging have also been used to replace natural gas peakers in the California grid and are now being installed in the South Australia grid to make more efficient use of its energy distribution.

Natural gas and electric drivetrains are also becoming part of the next generation of mine equipment. Goldcorp, for example, is developing the Borden underground mine in Ontario that has been designed to be operated solely using electric mining equipment and reduce ventilation and fuel costs. Electric assisted trucks and trolleys have been used for many years in open pit mining to increase power for loaded truck hauls and reduce fuel usage.

What role do you see for renewables in addressing carbon reduction for mines?

Renewable energy from wind and solar generators with backup rechargeable batteries will become more important in future energy systems. Costs are continuing to decline and they will eventually be commercially competitive with hydrocarbon-based systems.

Carbon taxes are being used to discourage the use of carbon-based fuels at industrial sites in Canada. However, as previously mentioned, these punitive taxes cannot alter behaviours in remote northern localities where there are no alternatives that can be practically applied. Carbon taxes therefore just increase the economic threshold for economic viability in an already high-cost jurisdictions that depend on mining for jobs and tax base and royalty revenues.

Robin Goad is providing a TED-Talk at the Energy and Mines World Congress, November 27-28 in Toronto on 'Envisioning the Mine of the Future and its Ideal Energy Mix' . http://worldcongress.energyandmines.com