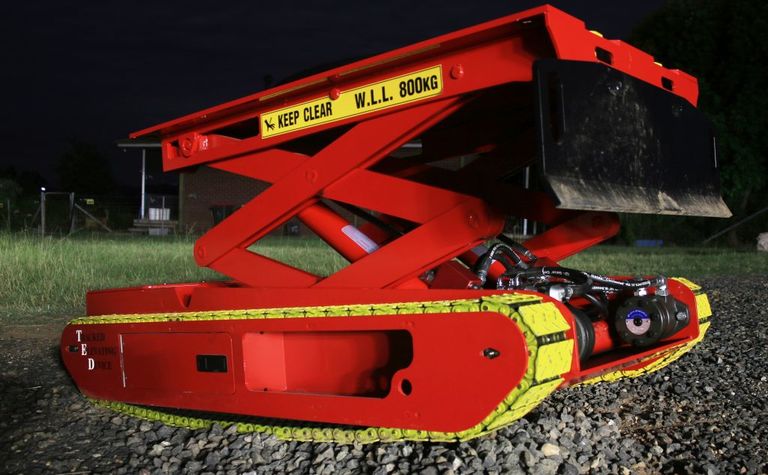 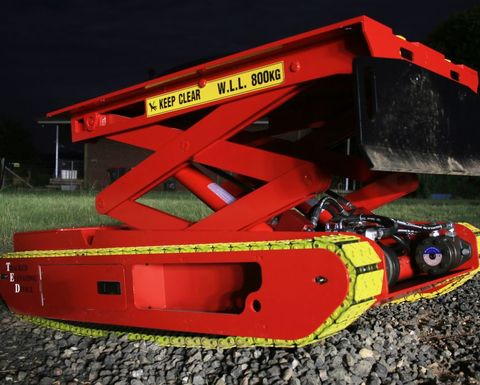 The company did not indicate where the battery operated, self-propelled all-terrain and remote-controlled unit was heading, but noted that the design has come a long way from its TED 001 prototype in 2011.

“In addition to a more stylish, laser cut design, TED now has more safety features such as strobe lights, a double-locking hydraulic system (originally single), and a double start solenoid,” the company said.

Additionally, the original hydraulic pump and motor has been replaced with a design featuring higher energy efficiency and its original radio is now a robust magnatec system with enhanced durability to help it endure the harsh environments in which it works.

“The most remarkable evolution of TED over the past few years though, is its versatility,” Nivek said, noting that the range of “smart attachments” for TED for maintenance and repair applications is broad. In fact, it can be used with a tyre handler, a cutting-edge replacement tool, low profile adjustable fork tynes, rhino attachment, the track roller carrier, pivot table, sump support and the slope jig.

With the attachments, the jack can be used to help take weight out from jobs like Y-link removal, changing track rollers, brake cylinder repairs, moving heavy stands around under plant machinery, rolling cleaning and refitting of cutting edges, sump removal, the applications are infinite.

According to Nivek, TEDs can be found at more than 60 mine sites in Australia and worldwide, and its distributor network is located in the US, Canada, South Africa, Mongolia, Chile and Russia.