Suncor has confirmed it would be replacing the coke-fired boilers at its Oil Sands Base Plant in northern Alberta, Canada, with a pair of cogeneration units in an effort to reduce its greenhouse gas emissions 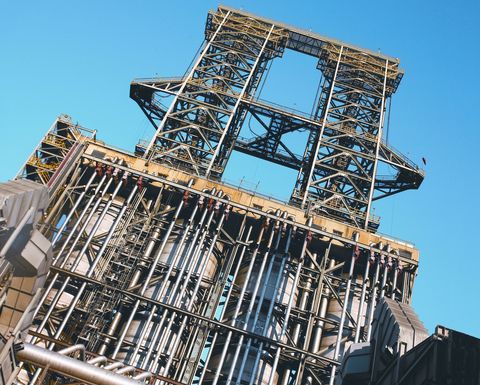 The Oil Sands Base Plant will utilise the cogeneration units to provide steam generation for its extraction and upgrading operations, as well as generate 800MW of power

The company, which has earmarked C$1.4 billion (US$1 billion) for the endeavour, said the change would reduce its greenhouse gas (GHG) emissions by about 25%, and emissions across Alberta would drop by 2.5 megatonnes annually.

Oil Sands Base Plant, Suncor's largest oil sands project, will utilise the cogeneration units to provide steam generation for its extraction and upgrading operations and generate 800 megawatts of power.

The power will then be transmitted to Alberta's grid, contributing an estimated 8% of the province's current electricity demand.

"This project will increase demand for clean natural gas from western Canada," president and CEO Mark Little said, adding that it would also generate economic value.

"It is … expected to reduce sulphur dioxide and nitrogen oxide emissions by approximately 45% and 15%, respectively … [and] will eliminate the need for a flue gas desulphurisation (FGD) unit, which is currently used to reduce sulphur emissions associated with coke fuel. Decommissioning the FGD unit will reduce the volume of water the company withdraws from the Athabasca River by approximately 20%."

The project, located near Fort McMurray, is expected to be in service during the second half of 2023.