Fortescue Metals Group, marking the 14th year of its Vocational Training and Employment Centre (VTEC) in Karratha, Western Australia, has celebrated the graduation of more students from the programme – and is putting the class right to work as Solomon Hub employees 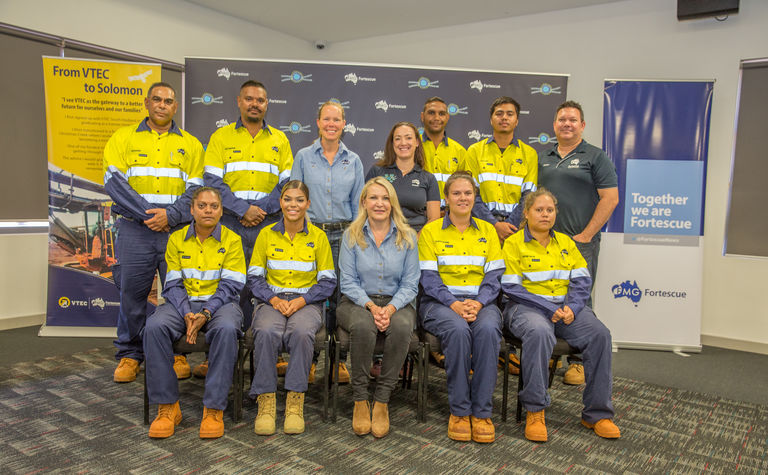 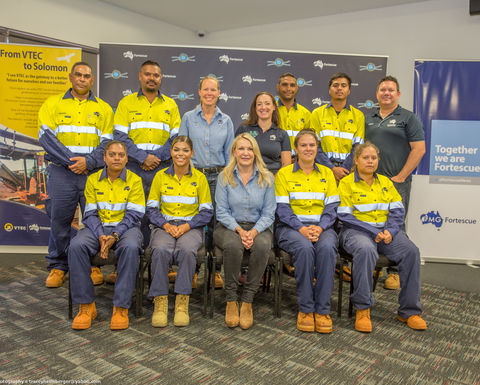 The recent graduates will now be working full-time at the company's Solomon Hub in a number of positions, such as mine development, mobile maintenance, drill and blast, ore processing and resource definition.

VTEC has enabled 875 Aboriginal people to take on jobs with Fortescue, since the start-up of the educational facility in 2006.

"I was humbled to join this remarkable group of trainees to celebrate this important milestone," Fortescue CEO Elizabeth Gaines said.

"To effectively close the gap between Aboriginal and non-Aboriginal Australians, it is critical that Aboriginal people are empowered through training and employment opportunities, such as VTEC, to assist them with becoming role models in their communities."

She also noted the role women had played in leading and providing support to their local communities: "Aboriginal women in particular play a key role in keeping families and culture strong, and it is pleasing to see that half of the graduates are women."

VTEC graduated its first all-female class from the programme in 2007. Since its start, the centre has said its mission was to guarantee jobs to those who successfully complete the VTEC programme.

The group of 28 now moves on to company positions