Natural resources advisory RFC Ambrian has warned that mining companies are relying too heavily on renewable power purchase agreements (PPAs) to achieve corporate-level reduction targets, instead of making the operational changes that are needed. 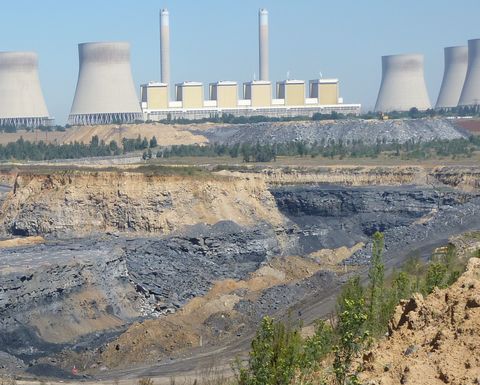 Mining majors have been divesting high emission assets and executing renewable PPAs after stating ambitious emissions targets such as ‘net zero by 2050' or ‘30% reduction by 2030', notes the advisory.  Companies such as BHP, Newcrest and Vale have also set an internal price for emissions when considering future projects.

RFC Ambrian's analysis of carbon abatement projects found that fundamental changes at an operational level could take longer and be harder to implement.

"The mining industry has a reputation for slow technology adoption (average is roughly 10-15 years), thus it is no shock that innovative process improvements to reduce operational emissions have not featured prominently to date," noted the company's paper.

"Fuel switching for mining fleets requires new infrastructure, is likely to be more expensive than diesel, and may disrupt operations."

The advisory does note that electrification of operations is also starting to gather pace, noting the increased use of trolley haulage systems for haul trucks, particularly on uphill hauls such as in First Quantum's Kansanshi operations, but adds that these will not necessarily lead to real Scope 1 achievements.

"As the easy abatements dry up, we expect a move to electrification by major mining companies in order to leverage off virtual renewable PPAs," said Ambrian. "We hope these electrification initiatives do not take the focus away from process improvements nor result in increased energy intensity all in the pursuit of meeting reportable emission reduction targets."

Ultimately, the group concludes that despite green shoots of mining companies attempting to drive changes at the operational level, that "adoption remains slow despite the material economic impacts these changes can achieve".

"Modifying existing processes is challenging, thus we would encourage miners (and their investors) to more seriously consider new incentives to encourage technologies at a logical operating stage such as a mine extension, rather than be encumbered by the fear, or potential cost, of failure."

Existing technologies can no longer keep up with emissions reduction trajectory