A group of researchers at Swiss public research university ETH Zürich have produced nanocrystals made of two different metals. This was achieved via an amalgamation process through which a liquid metal penetrates a solid one. 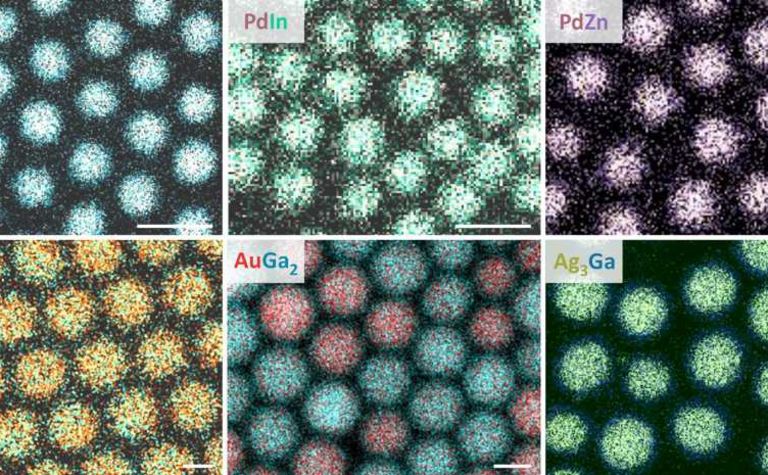 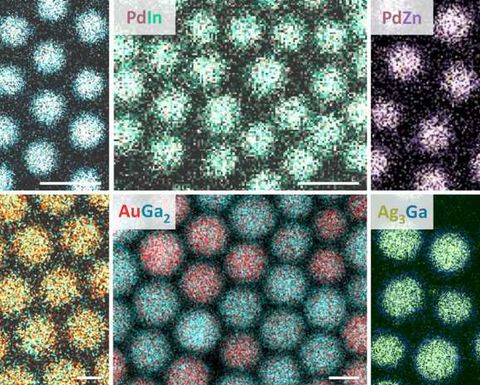 The novel technique means that a large array of intermetallic nanocrystals can be produced with properties that are tailored for various applications.

Nanocrystals, which are spheres that are nanometre-sized comprising regularly arranged atoms, are being used more in a variety of technologies due to their useful properties. For example, semiconductor nanocrystals are used in new generation television screens. Intermetallic nanocrystals, where two different metals are combined in a crystal lattice, have recently been recognised for a range of potential applications in catalysts, data storage and medicine.

Theoretically, the combinations of metals that could formulate such nanocrystals could number in the tens of thousands with just as many different material properties. However, so far it has only been possible to formulate nanocrystals from a few such metal pairings.

A team of researchers from ETH Zürich, headed by Maksym Yarema and Vanessa Wood at the university's Institute for Electronics, have developed a technique that could allow nearly all possible combinations of intermetallic nanocrystals to be realised. The results of this research were recently published in the American Association for the Advancement of Science's scientific journal, Science Advances.

Yarema said: "Our method is simple and intuitive - so intuitive, in fact, that we were surprised that no one had had this idea before us."

In previously established procedures for producing nanocrystals that are made of a single metal, the metal atoms are introduced into a solution in molecular form such as salts, and the nanocrystals then form in the solution.

Yarema explained: "Theoretically that can also be done with two different metals, but in practice it is difficult, or even impossible, to combine distinctly dissimilar metals in the reactor."

The researchers at ETH Zürich decided to try a method that has been used for centuries; a particular kind of fusing or blending metals that is called amalgamation. Amalgams are used in dentistry as a filling material, as well as in gold mining. In both applications, the addition of liquid mercury - which is liquid at room temperature - is used to dissolve other metals. The amalgamation can use any liquid metal, and there are several other metals that have relatively low melting points. For example, gallium is liquid at 30°C, indium at 157°C and tin at 232°C.

The ETH Zürich researchers used the amalgamation process at the nanoscale. The reaction begins with the dispersion of nanocrystals that contain a single metal, such as silver. Next, the atoms of a second metal, such as gallium, are added in molecular form as amides (a compound of carbon, hydrogen and nitrogen) which the mixture is heated to approximately 300°C.

The high temperature initially breaks the chemical bonds in the gallium-amide, which allows liquid gallium to build up on the silver nanocrystals. The amalgamation itself then starts, and the liquid gallium enters the solid silver. A new crystal lattice is formed over time, and the silver and gallium atoms are eventually regularly arranged. The mixture is cooled down, and the nanocrystals are ready after approximately 10 minutes.

Yarema said: "We are amazed how efficient the amalgamation is at the nanoscale. Having one liquid metal component is the key to fast and uniform alloying within each nanocrystal."

The researchers have already used the same technique to produce other intermetallic nanocrystals, including gold-gallium, copper-gallium and palladium-zinc. It is possible to precisely steer the actual amalgamation process, and the proportion of metals in the nanocrystals can also be accurately controlled through the number of secondary atoms that are introduced to the solution as amides.

For instance, the researchers have shown that nanocrystals with very different proportions can be produced in gold-gallium, such as 1:2 (AuGa2), 1:1 (AuGa) or 7:2 (Au7Ga2). It is possible to precisely predict the final intermetallic nanocrystals' sizes from the size of the initial nanocrystals and the increase in size caused by the second metal.

The research team said that they predict the process will have great potential in technological applications, as the composition and nanocrystal size can be controlled, and the metals can almost be combined at will. For example, catalysts made of nanocrystals can be tailored with precision and optimised for the particular chemical process it is designed to accelerate.

Yarema said: "Because the amalgamation synthesis of nanocrystals enables so many new compositions, we cannot wait to see them at work in improved catalysis, plasmonics or lithium-ion batteries."