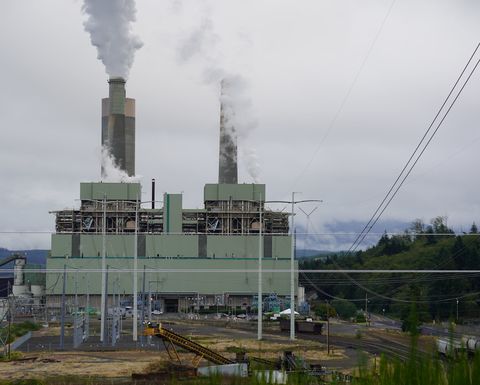 FFI has entered into a binding exclusivity agreement with the Industrial Park at TransAlta in Washington, US.

It is also applying for a US Department of Energy Hydrogen Hub Program grant in collaboration with US Pacific Northwest stakeholders.

The Centralia coal-fired power plant adjacent to the IPAT site. Unit 1 was retired in 2020 and the remaining Unit 2, which is still turning out 670 megawatts, is due to close in 2025.

The plant used to draw its coal from the Centralia sub-bituminous surface coal mine, which was the state's largest coal mine, until 2006. TransAlta is focusing on compliance reclamation activities at the site.

These days the coal supplying Centralia is delivered by train from the Powder River Basin in the US Midwest.

Subject to the outcome of the feasibility studies, FFI's plan would seek to employ the existing coal workforce for the proposed green hydrogen project.

FFI has been working with the Lewis County Energy Innovation Coalition and Lewis Economic Alliance to undertake due diligence on the project.

Lewis Economic Alliance executive director Richard DeBolt said one of the aims was to provide long-term employment opportunities once the plant closed.

"With the closing of the coal mine and the scheduled retirement of the Centralia coal-fired power plant, IPAT was formed to redevelop the site and attract investment that will support well-paid, long-term employment opportunities in the region," he said.

"FFI's potential project represents the opportunity to do just that."

FFI North America CEO Paul Browing said: "The electric power grid of the Pacific Northwest is one of the lowest carbon power grids in the world and can be used to produce green hydrogen and could extend the region's low carbon leadership to hard to electrify sectors such as long-haul trucking, ports, aviation, and heavy industry.

"Together with other Pacific Northwest stakeholders we plan to utilise legacy fossil fuel infrastructure and workforce to produce green hydrogen and pursue a growing zero carbon economy in Lewis County and the Pacific Northwest region."

"Repurposing existing fossil fuel infrastructure to create green hydrogen to power the world is part of the solution to saving the planet," Forrest said.

"The signing of this agreement is another step in turning the corner once and for all, to implement the technologies carbon emitters need to reach net zero."