BHP’s Olympic Dam site in South Australia is one of the largest underground copper mines in the world and the company stated that its investment there in light electric vehicles, powered by lithium ion batteries, is good news for its people and the planet 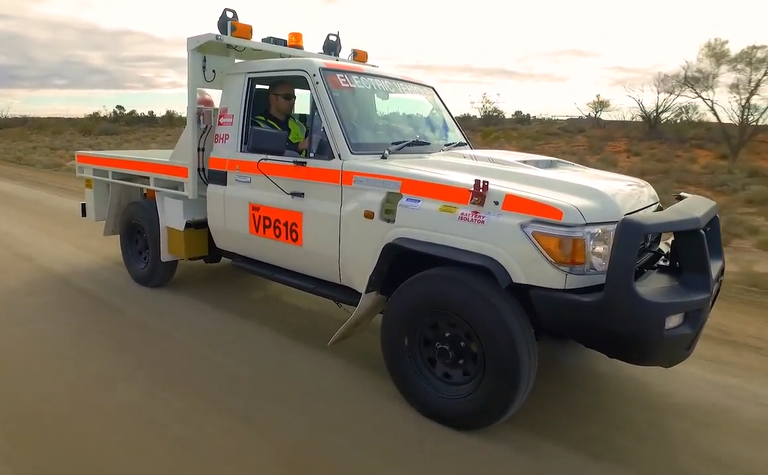 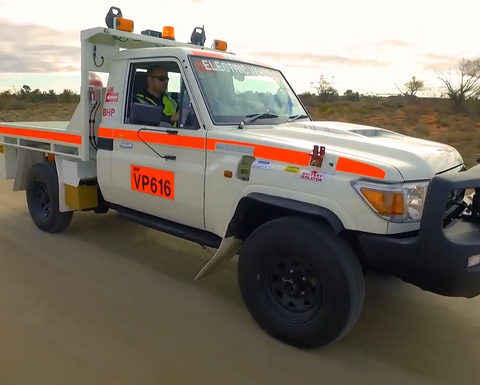 PRESS RELEASE: BHP claims to be passionate about developing and deploying technologies that result in meaningful reductions in greenhouse gas emissions.

In support of the BHP's environmental targets, the company's Technology division is working hand-in-hand with its Assets division to implement game-changing programmes that aim to firmly position BHP as an industry leader in low-emissions technology.

After extensive planning, one such exciting initiative kicked off at Olympic Dam earlier this month. BHP's first ever light electric vehicle (LEV) is joining the existing underground fleet of 240 light vehicles, with a second expected to join the fold in the coming months.

As part of its day-to-day operations, Olympic Dam relies on a team of approximately 800 underground employees and uses diesel equipment for development, production, ore handling and mine services.

While they may look similar to a traditional Land Cruiser or utility vehicle, BHP's LEVs are at the heart of its work on low emissions technology. Importantly, as they are battery-powered, the team's exposure to the diesel particulate matter generated by traditional diesel engines is significantly reduced.

This is all part of a broader initiative aimed at achieving a 50% reduction, right across BHP, in the number of employees with potential exposure to particulate matter. Olympic Dam's switch to LEVs in its operations will reduce emissions, exposure and costs - as well as influencing the rollout of similar initiatives in the company's other locations.

During the trial, BHP will collect data on the vehicles' performance, power supply, maintenance requirements, charging time and corrosion resistance underground. A decision on wider deployment at Olympic Dam is expected to be made during in the coming financial year.

Mining trucks will increasingly be greener and smarter