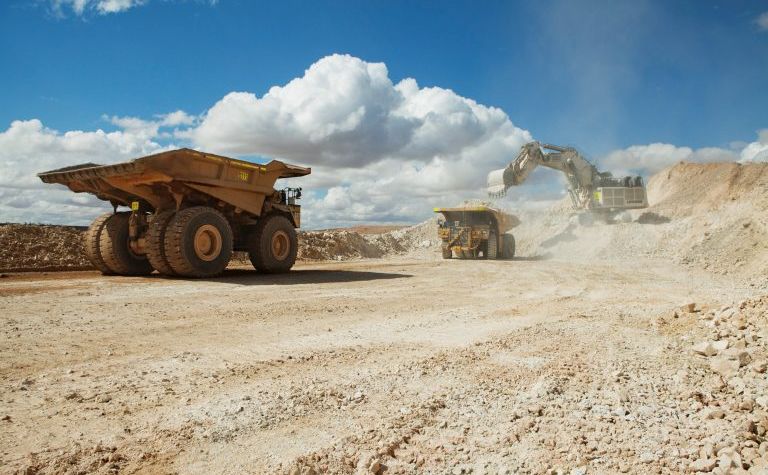 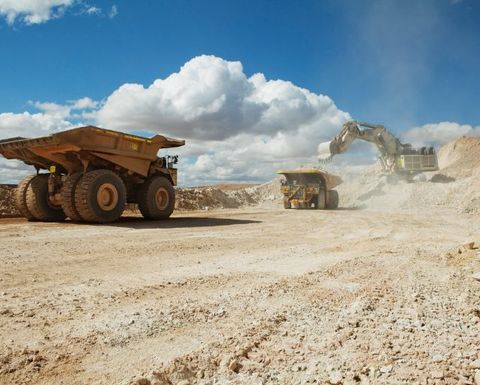 “Mining fleet interactions, whether that’s vehicle-to-vehicle or vehicle-to-personnel, are definitely one of the highest safety risks for us,” said Newcrest's Tony Sprague

The GE CAS is a GPS-based, camera-enabled detection-proximity system.

Once implemented, it will tag all personnel active in the mine's production area and will alert operators of heavy mobile equipment with two-way alarms when they're in dangerous proximity to one another.

Through this, around 1,500 employees and contractors across all shifts at Lihir will be protected, with the technology rolled out to the mine's 250 vehicles.

"Mining fleet interactions, whether that's vehicle-to-vehicle or vehicle-to-personnel are definitely one of the highest safety risks for us," said Tony Sprague, group manager of mining technology for Newcrest Mining.

"We have many vehicles in operation and with heavy vehicles, ancillary vehicles and light vehicles operating together, it doesn't take much to have a critical event or a significant potential incident."

Last year, Newcrest already installed GE CAS at its Telfer mine site, which extracts copper and gold in Western Australia.

According to GE, the CAS ensures high integrity by deploying multiple proximity-detection technologies, including GPS, cameras and radio frequency according to site requirements; it is self-testing, automatically reporting in real time any failure within the system; it is equipment agnostic — it can be applied to any make of mining equipment; and it provides monitoring and back-to-base reporting which may be analysed for productivity gains and improved maintenance.

"At the moment it's an operational-awareness system," said Sprague, referring to the fact that the Lihir system will flag with both the operators of vehicles and with people on foot, that they are in potentially dangerous proximity to each other.

On driver-operated heavy equipment, a proximity alarm will activate a camera covering the area of proximity and give that view on a touchscreen in the cab, so that the driver can clearly see and respond to the risk. Each heavy vehicle will have cameras positioned to give operators 360o vision of their surroundings as needed.

One of the reasons Newcrest chose GE's Digital Mine technology is that "it's not far away that the system will provide real collision-avoidance capabilities where the vehicle itself will respond in certain situations", Sprague noted. Evasive action might then include system takeover of the vehicle, applying the brakes and potentially steering around an incident.

Craig Hoffman, product manager of GE Collision Avoidance and Geospatial Systems, said GE has a clear roadmap to evolve to the abovementioned Level 9 Intervention Controls — an industry goal, and an international standard tabled by the Earth Moving Equipment Safety Round Table (EMESRT), of which Newcrest is a member. The system being installed at Lihir is currently rated Level 7 Situational Awareness, and already incorporates some Level 8 Advisory Controls capabilities.

GE is also working in partnership with Newcrest, and with other technology suppliers, to enable collaborative solutions. For example, said Sprague, "we're already taking some of our shovels and dozers and putting in tele-remote capabilities, so the operators will be sitting in a cabin a couple of kilometres away. We can use GE proximity detection to help facilitate safe operation of those vehicles — even though there's not a person in them we don't want those pieces of equipment bumping into each other".